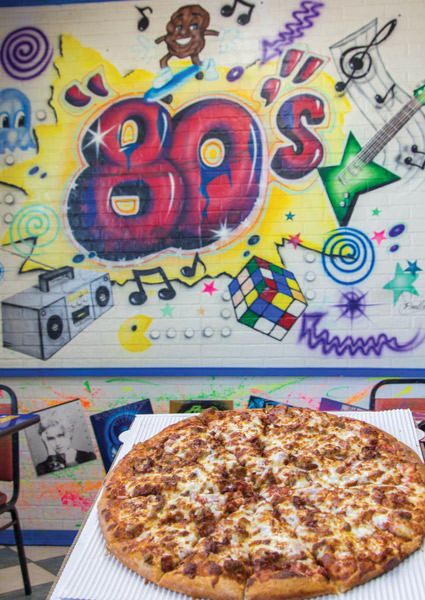 A Look at Pizzerias in Detroit, Michigan

This 1980s-themed pizzeria knows how to tie nostalgia into its identity and branding, from its graffiti mural to 50-game arcade. Even its graphics-wrapped delivery vehicles scream retro. Customers can go traditional with the crust or pick from seven flavors, including nacho cheese, Cajun and honey. The specialty pizza menu features the Bacon Triple Cheeseburger (loaded with bacon, beef, mozzarella, cheddar and Parmesan). Slice of the 80’s version of a Hawaiian is the Tubular and a deluxe is called the Gnarly. Calzones, apps, salads, breads and bone-in and boneless wings finish out its menu.