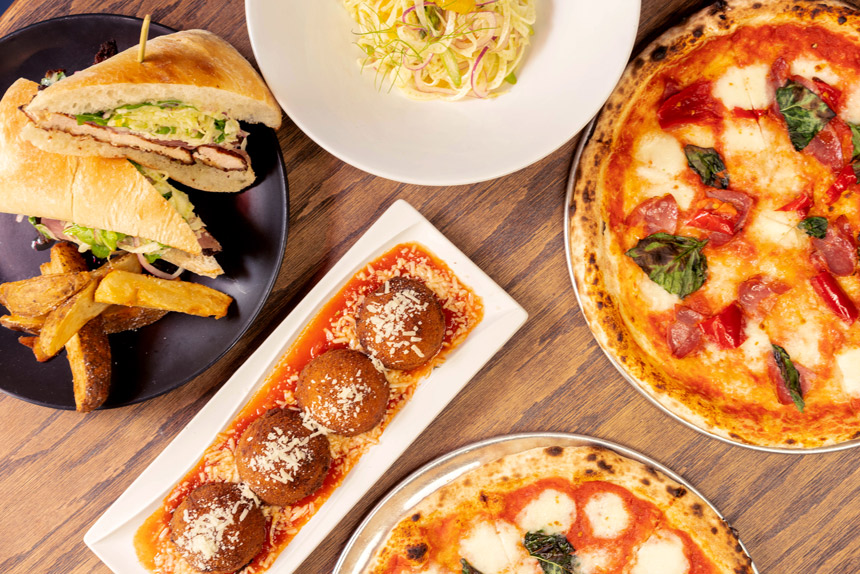 A Look at Pizzerias Across America

Fatto Americano is a newcomer of the New Jersey pizza scene, opening in April 2018. “Meaning ‘American Made,’ Fatto serves Neo-Neapolitan pizza, blurring the lines between Italian and American,” says partner Jackie Mazza. “Every aspect of the restaurant pays tribute to the two, from the cocktail list, the wall art and of course the menu. Pizzas like the ‘Tony Manero’ — San Marzano tomatoes, mozzarella, Calabrian chili and hot honey — and the ‘Aprilia’ — mozzarella, pancetta, garlic and Brussels sprouts — showcase the concept. The Arancini Bianca, a family recipe, pays tribute to tradition.” Another specialty pie is the Masaniello with San Marzano tomatoes, crab, cherry peppers, fresh mozzarella and a lemon confit.

An old-school neighborhood spot, Roseland has been a Connecticut staple since 1935 serving New Haven-style pizza. While its Plain Pie has garnered national attention, so has the whopping $70-market price Ponsinella. This pie is loaded with lobster, shrimp and scallops. Another beloved pie is the Shrimp Pizza. Clams Casino is a featured appetizer. Roseland’s menu also features traditional Italian entrees, like baked ziti and chicken Parmigiana and grinders with meatballs, sausage or Parmigiana (chicken, veal or eggplant).