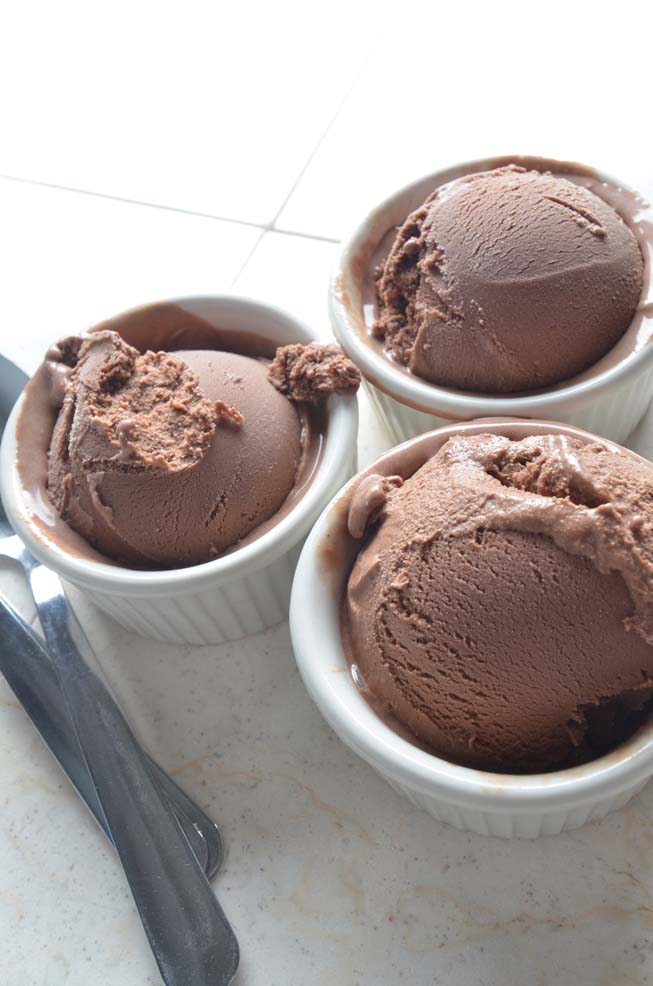 If you’ve been to a recent International Pizza Expo, your eye has probably been drawn to one of the many gelato companies who offer flavors ranging from pistachio and hazelnut to panna cotta and olive oil. Once a staple of high-end dessert shops and trattorias, gelato has become so pervasive on the consumer market that it can now be found in most grocery stores.

While purists question the authenticity of some of these frozen concoctions, gelato still means “frozen” in Italian, but not all gelato is created equal. Like pizza, gelato has evolved to include non-traditional flavors, with just about any nut or topping mixed in. At its base, gelato has less fat and air and more milk than cream than traditional ice cream, and it is mixed at a slower speed. It’s also stored and served at a warmer temperature than ice cream, giving it a softer, smoother texture that can be hard to get just right.

Tony DiSilvestro, founder of YNot Pizzeria in Virginia Beach, Virginia, says he has a gelato specialist who creates the flavors that line the gelato cases at all six of his stores. “There’s a pretty intense learning curve to making it,” he says. “You have to have somebody who is pretty passionate about it.

“Our gelato is all about incremental sales. It’s displayed right in the middle of the dining room. It’s very appetizingly garnished with lots of fruit and carvings. I call the seats right next to it the ‘torture seats’. You can’t sit there without ordering. That’s what it is all about. For us, our incremental sales are crazy. We not only sell more gelato, but we also sell more coffee. If kids get a scoop of gelato, often times their parents will order coffee. It’s rarely sold alone.”

At the Eden Prairie, Minnesota, Umbria Gourmet Pizza, gelato was put permanently on the menu in 2008. “I do remember trying different brands with the franchisors back when they were deciding what to carry,” says franchisee Katie Ponce. “The one we settled on is a local company out of Edina, Minnesota, called Gelati-da. It is delicious! It is only sold in pints, which turns some people away, but overall it is a good choice for us.”

If you already have gelato on the menu, or you want to add it, consider these tips to step up your game:

• Have your hostess walk your customers by your gelato case. Better yet, have him or her point it out and tell the guest his or her favorite flavor. “Gelato is definitely something that we have a lot of passion for,” DiSilvestro says. “Anytime you can do something fresh and make it unique, that’s something that we’re going to go for.”

YNot even capitalizes on the farm-to-table movement with its gelato, including a fresh-picked strawberry offering that has been a hit with diners.

• Sample, sample, sample. If you’ve got a waiting area, have a hostess pass out small taste cups with a flavor or two. While you’re initially shelling out some cash for product, just giving customers a taste whets the appetite for more.

• Use social media for freebies. Giving away several scoops a week is sure to bring in customers –– and since most don’t just stop in for dessert, they’re bound to make a meal of it. Your $3.50 scoop might turn into a $30 guest check.

• Price competitively. With do-it-yourself froyo (frozen yogurt) and cupcake places popping up on every street corner, getting your customers to think about dessert at your shop rather than the place down the street is paramount.

“A few years ago we used to do a coupon deal with a free pint of gelato w/purchase of a extra-large specialty pizza, and that got the word out about it, but we do not do that now,” Ponce says. “We mostly advertise it in store with table tents provided by the company. If sales on gelato are slow, I may put an offer on our Web site for $1 off a pint or put it in as a package deal with a pizza and an appetizer. We pay $2.39 per pint and charge $5.99 so we have a little wiggle room to do specials.”

• Consider adding it for delivery. Aside from individual sizes sold in-house, gelato can also be sold by the pint and quart –– and it makes a great add on, just like breadsticks or wings. “It actually doesn’t thaw out as fast as you think it would,” DiSilvestro says. YNot keeps it fully frozen until its ready to go out the door. Since gelato is best served slightly softened anyway, it’s just about perfect by the time it gets to customers.

• Stick with the flavors that sell. “In the summertime we sell more of the fruit flavored ones (limoncello and red raspberry),” Ponce says, “and in the winter cioccolata and chocolate mint Milano sell better. … We have tried selling all flavors but usually stick with the cioccolata, red raspberry and limoncello as constant flavors and bring in one or two of the others each time we place an order.”

• Educate your customers. Many Americans still don’t “get” gelato. If you’re the only game in town selling it, use table tents and delivery flyers to give your customers the Cliff Notes version. “We are teaching (customers) that its not ice cream –– the sorbet is less than one-percent fat and the cream is four- to six-percent fat,” DiSilvestro says. “Normal ice cream is 16- to 20-percent fat. We educate more on the health benefits and explaining what gelato actually is. It has helped sell it. And you can’t beat the flavor.

“It pays for itself over and over again. We sell a lot of gelato. It makes your store look beautiful. If you garnish right and do fruit carving, it will sell itself.”