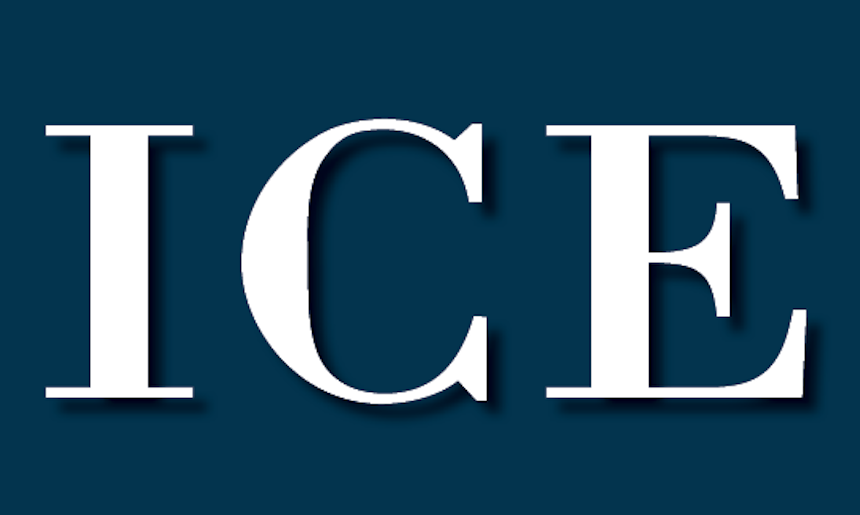 Employees: In the Right

Employees: In the Right

What to do when ICE comes knocking

These days, the U.S. Immigration and Customs Enforcement (ICE) agency’s presence in restaurants is about more than breakfast, lunch or dinner –– and that’s not by accident.

Since taking office in January 2017, President Donald Trump and his administration have made immigration enforcement a priority with executive orders that have emboldened and empowered ICE to step up its efforts and address the estimated 11 million undocumented immigrants living in the United States.

And those directives have brought ICE into much-publicized contact with restaurants across the country. Last February, ICE officials entered eight different eateries in southern Mississippi and detained 55 undocumented workers.

On February 13, a Pennsylvania restaurant closed after ICE officials arrested four of its workers. An attorney representing the workers later told local media that ICE raids were occurring “constantly” around the state.

Similarly, a West Virginia restaurant was forced to shutter in May after ICE officials took the restaurant’s manager and cook –– two of the establishment’s three employees –– into custody. The manager told a local television station that he thought both men were in the U.S. on visas that might have expired.

After hitting a peak in 2013, immigration raids steadily decreased thereafter, says Scott Fanning, a Chicago-based labor and employment attorney at Fisher Phillips. Today, however, ICE investigations and affiliated activities are on the rise while Fanning predicts a continued increase given ICE’s swelling workforce –– the Trump administration has called for the hiring of 10,000 additional ICE personnel –– and heightened enforcement initiatives.

The uptick holds particular relevance in the restaurant industry, a high-turnover field that has historically been a large employer of the nation’s immigrant population, which can include undocumented workers.

In addition to losing employees or being forced to close the restaurant, ICE can levy fines for Form I-9 noncompliance starting at $216 and rising above $2,000 per form, while fines for knowingly hiring undocumented workers start at $539.

These collective realities make it all the more important that restaurant owners understand their responsibilities and rights if ICE comes calling.

“At any point in time, ICE agents can present themselves with a notice of inspection if they believe there is noncompliance,” confirms Montserrat Miller, a partner in the Washington, D.C. office of Arnall Golden Gregory LLP who counsels companies on workforce compliance.

In some cases, the ICE agents, typically local personnel, have an educated suspicion about a specific workplace, while they might have also received a tip about potential undocumented workers from a competitor or former employee.

Whatever might spark a visit from ICE, Miller suggests restaurant owners have a plan in place if inspectors arrive, specifically directing a frontline staff member to summon a manager to the lobby. The manager should then inquire privately about the nature of the investigators’ visit.

“What you don’t want is the agents feeling as if they can walk behind the counter and begin talking to whomever they want,” Miller says. “You want to have clear restrictions on where non-employees can go without permission and you want to set boundaries during that initial visit.”

“A business has every right to that three days and you don’t have to be in a rush to please the agent,” Miller reminds.

Ownership, then, might consult an attorney who specializes in immigration law. While Miller, who represents employers of all sizes, acknowledges that all organizations have cost sensitivities, she says an attorney specializing in employment law can provide strategy and counsel to help minimize issues and disruption to business.

“Simply develop a relationship with an outside attorney who can help you navigate this should it happen,” Miller says.

It’s important to note as well that ICE agents might arrive with documentation other than a notice of inspection.

With a subpoena, ICE agents may request certain records, though they generally do not require an immediate response. If ICE agents present a warrant, however, Fanning says restaurant leadership will want to comply with the warrant’s terms. Any challenge, he says, is done after the fact.

“You don’t want to obstruct justice in the event of a warrant, though you should still observe the agents’ conduct and make sure that they’re complying with the scope of the warrant,” Fanning says.

If an ICE agent comes with nothing –– neither a warrant, subpoena or notice of inspection –– then the business is under no obligation to turn over documents or allow agents access to private areas of the restaurant, Fanning says.

“It’s important to insist on the subpoena, warrant or notice of inspection and know exactly what is being asked of you,” he says.

Used for verifying the identity and employment authorization of workers, Form I-9 is necessary documentation in the U.S. workplace. Yet more, sound management of the forms is critically important for any restaurant served a notice of inspection by ICE agents. Here are eight ways pizzeria owners can boost their I-9 compliance:

Be familiar with Form I-9. Ultimately, proper completion of the I-9 falls on the employer’s shoulders, which makes familiarity with the form’s necessities all the more important.

Exercise quick and thorough completion. The I-9 must be completed within three business days of an individual’s hire, which includes Saturday and Sunday for restaurants open seven days a week. Also, check that the form is fully completed, including dates as well as photocopies of supporting documentation.

Appoint an I-9 guardian. Miller suggests restaurant owners appoint one trusted, senior-level staff member to oversee I-9 documentation. This individual should receive training on proper completion and also create a checklist of everything that needs to be completed so nothing is left to chance.

Stick to the requirements. In the interest of being thorough, employers sometimes request additional supporting documentation. Though seemingly well intentioned, calling for additional documentation actually puts the employer at risk of discrimination claims. “If the employee shows you something valid from the I-9’s list A or a B and C document that establishes their identity and work authorization, then that’s all they need to do,” Miller says.

Be consistent and clear. An employer can never dictate what supporting documentation an employee must provide. Restaurant leadership must also maintain the same records for every employee and cannot selectively choose whom they might lean harder on.

Perform ongoing self-audits. On a regular basis, Fanning suggests employers match their I-9s with a current roster of employees. If any are missing or incomplete, then track them down. “But don’t backdate the form, which can lead to bigger problems,” Fanning says.

Have a separate and secure I-9 storage system. Keep I-9 paperwork and supporting documentation together in a secure location, perhaps even separating current and past employees. This, Fanning says, makes it easier to self-audit and also to gather necessary documentation in the event of a notice of inspection.

Don’t discard I-9s in haste. Employers are required to maintain I-9s throughout one’s employment and for at least one year after termination or three years from the date of hire.