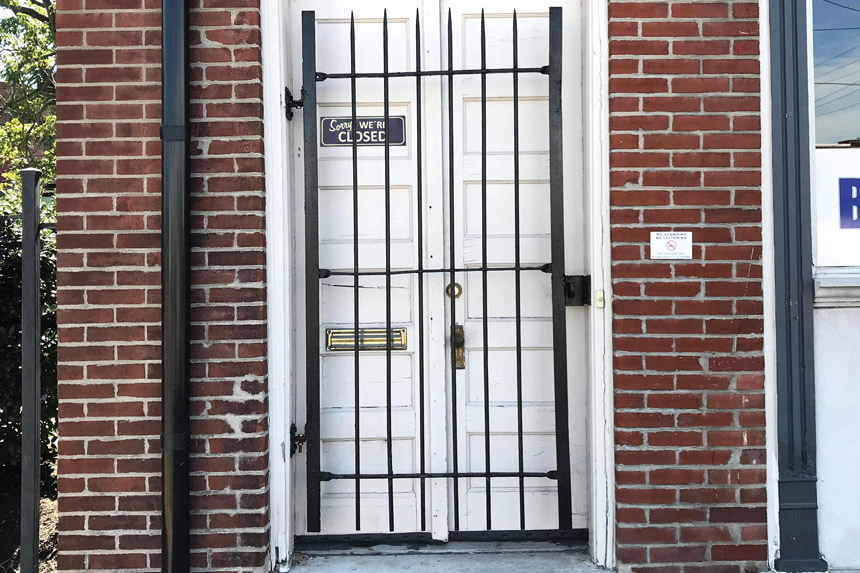 What to do when shutting down isn’t your idea

Closing your pizzeria is stressful enough when the decision is voluntary, but when forced to do so because of matters beyond your control the trauma is magnified. But some forced closures are more easily handled than others, says Dennis Lombardi, president of Insight Dynamics, LLC. Located in Columbus, Ohio, the company provides restaurant advisory services.

“There are two major scenarios: when the owner knows about it ahead of time, for example if the lease is going to expire and not be renewed; and when he doesn’t know, such as in the case of a fire or the building has been condemned,” says Lombardi. “In the first case you have much more control and more time to make a decision. But in the second case, options are fewer and time to respond is much shorter.”

It’s a somewhat Shakespearian dilemma — to reopen somewhere else or not to reopen, that’s the question. It’s a subjective one, says Joe Spinelli, president of Restaurant Consultants, Inc., a College Park, Maryland restaurant consulting firm. If it’s a franchise, there are certain requirements and obligations that could factor in. If a multi-unit operation, then any decision must consider the impact on the other units. The available capital — or lack thereof — may also help tip the scales in one direction or another, he says.

“Is there an insurance claim that can be submitted for the loss of the business? If it’s a government-caused relocation (as in the case of eminent domain) then sometimes there’s a fee associated with that,” Spinelli says. “Also, in several scenarios when a tenant is asked to relocate, the landlord will pay a relocation fee.”

In some cases, the decision is a no-brainer. If the restaurant has been struggling, committing to reopening may not be wise, unless you’re willing and able to modify the concept, says Lombardi. But if the restaurant has been performing well, and if the circumstances of the closure are not such that the brand would be negatively impacted (think serious, well-publicized health code infractions for example), then reopening in another location might work.

But, he cautions, much will depend upon where you go and how “iconic” your restaurant is. “If it’s iconic, when you relocate, a lot of your customers will relocate with you,” he explains. “However, they’ll expect to have pretty much the same experience, so you’ll need to consider if you can replicate this in the new location.”

If you’re not a singular standout and you’re just filling a neighborhood need, then depending on how far away you move, you had better count on losing customers, Lombardi says, adding that if the distance is over five miles from the old site, you’ll be starting over.

It’s also important to consider staffing — which is a big problem for the industry — and whether the proposed new location will work for your current employees, says Spinelli. If not, how challenging will it be to find new ones? (One way around this might be incentivizing employees to make the move with you, says Lombardi.)

If the decision is to reopen, a marketing/PR plan is essential when protecting your brand, keeping old customers and attracting new ones, says Spinelli. And this depends on the reason behind the relocation. “A health violation is perceived differently than the case of a large landlord kicking out a small tenant,” he says. “Every situation needs to be handled differently. The brand is key, but having customer loyalty is a strong support system that can rally around your efforts, especially if you’re the underdog.”

“For example, you can say you needed a larger kitchen or more storage space; even if this isn’t actually the case,” she says. “Avoid citing capacity because if customers come to your new place and see the same amount of seating or less, they’ll know there was some other reason.”

Lipsky says to keep customers involved, she suggests having a countdown to the closing and then to the reopening, using social media to provide regular updates. While still in your old location, put a note in with every check that you’re moving, she says. Make sure customers know your Web site address (hand out pizza cutters or chip clips with this on them, says Lipsky). Offer incentives to visit.

Stay on top of the story, says Spinelli. “Make sure your customers hear about the move from you and not from your competitors,” he says. “The customer concerns are very common — why did this happen, how did this happen, where are they relocating? The messaging needs to be very clear and simple. You need to reinforce your band promise and strengthen customer loyalty. The new customers will come later.”

The decision not to reopen poses a new set of questions, chief among them, what should you tell customers and employees? When it comes to customers, that’s easy, says Dennis Lombardi, president of restaurant consulting firm, Insight Dynamics, LLC in Columbus, Ohio.

“You don’t need to tell them much of anything,” he says. “If you do, they may stop coming long before you close.” Linda Lipsky, president of Linda Lipsky Restaurant Consultants, Inc., a Broomall, Pennsylvania-based hospitality consulting firm, agrees with this tactic.

This situation isn’t so clear-cut with employees, say both. Tell them too soon, says Lombardi, and like the customers, they may leave well before the door closes — although you could offer incentives to stay. Lipsky agrees this is a risk, although not telling them seems unfair. But once they’ve been told, she says, customers are going to find out, potentially sparking a too-soon exodus.