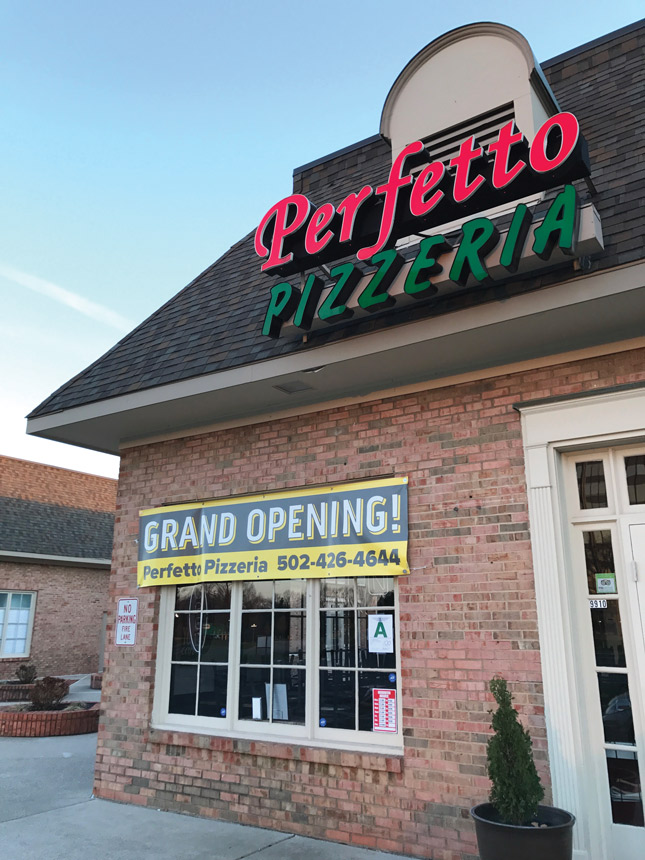 After construction or new ownership, it’s time to invite customers back with a big bash

Whether an eatery closes for a week to expand, or for months after new ownership and a massive renovation, operators know they should not reopen quietly. They need to announce that the restaurant is better than ever, and they also need to train staff on the new space and menu. The best way to do this is with a grand re-opening.

Last year Parry’s Pizzeria & Bar in Highlands Ranch, near Denver, expanded into the former karate studio next door. Parry’s closed for a week, then re-opened with a Saturday event that included new beers for the adults and a build-your-own pizza station for the kids. “We covered both bases, adults and kids,” says Keniey Sonley, director of marketing for Parry’s, which has six locations in Colorado. “The mothers and fathers were sitting on the patio, while the kids were being entertained.”

They also had beanbag toss games, t-shirt giveaways, face painting, brewery representatives and a large Jenga game on the patio. Parry’s charged regular prices for the food, and the kids’ make-your-own pizza was a dollar more to cover the labor, extra cups and the logoed Frisbee that came with each order. The event was so successful, Sonley says, that it will be the template for future openings.

Pricing is an important detail in these festivities. When Hard Knox Pizzeria doubled its space in Knoxville, Tennessee, in January, the grand reopening began with an invitation-only dinner on a Friday night. “For $15 they got two beers and anything they wanted to eat,” says owner Alexa Sponcia. “It gave the servers practice. It was our friends, so if we made mistakes it was okay.” There were three seatings, at 5:30 p.m., 7 p.m. and 8:30 p.m.

Hard Knox was closed for lunch the next day so that staff could work out the glitches. On Saturday evening it was open to the public for dinner service. There was a live band to attract customers, Sponcia says, and the menu had regular prices. “We were really busy,” she says. One detail that helped the staff was that the new menu was pared down to pizza and salads, as the calzones and flatbreads that had been tepid sellers were discontinued.

Other operators say they expanded their menus, and that the grand re-opening was the perfect time to present the new items. When Nick Napoletano and Tom Cappello acquired Mr. Pizza Slice in Red Bank, New Jersey, they closed the 45-year-old establishment for two months to renovate the space and to update the menu. “They really did only plain or pepperoni,” Napoletano says of the former owners. “We now have a minimum 15 to 20 different pies on the menu, and sandwiches — chicken Parmesan, eggplant, cheesesteaks. We added things that give it a little bit more excitement.”

Some popular items remained on the menu, to keep regular customers happy. Also, it was important to communicate with these longtime guests. “When we closed the door, many people were upset,” Napoletano says. “They didn’t know what was going on.” He made sure the Mr. Pizza Slice Web site, Facebook and Instagram pages were updated often during the renovation. He also opted not to change the name of the business, to keep the nostalgia alive. When the place reopened, it was not really a big bash but an all-day opening, from 11 a.m. to 9 p.m.

Sometimes a low-key affair can be as effective as a party. When Fong’s Pizza in Des Moines, Iowa, was damaged by a water main break in 2012, the local news stations covered the mishap and residents wanted to show their support. “I’d be going up to the grocery store and random strangers would say, ‘I’m so sorry about what happened,’” says Gwen Page, co-owner of the now two-location Fong’s Pizza. “It’s very humbling.”

Fong’s Pizza reopened after two months of repairs. The owners announced the date on social media, and Coca-Cola supplied them with a large banner emblazoned with “Opening January 29” to hang outside. “Because of local media coverage we didn’t do anything special, and we had a line out the door,” Page says.

Page thanked regulars by giving them a free drink and free slice of pizza during the grand re-opening. “A gesture of kindness is the best promotional tool you can ever use for your business,” she says. “Even if it’s their first or second time, if you buy them a slice it’s going to make an impression. You’re providing them with that memorable moment, and they’re going to tell their family and friends.”

The customer experience is important, says Michael J. Kudrna, who purchased Frato’s in Schaumburg, Illinois, in 2012. He held a grand reopening that included a steep discount on food, games (including a dunk tank) and donations to a local charity. He made sure his staff was trained for the big day, and scheduled extra staff. “You must provide an experience that makes them crave coming back,” he says. “If the customer has a less than positive experience, it will be harder to get them back.”