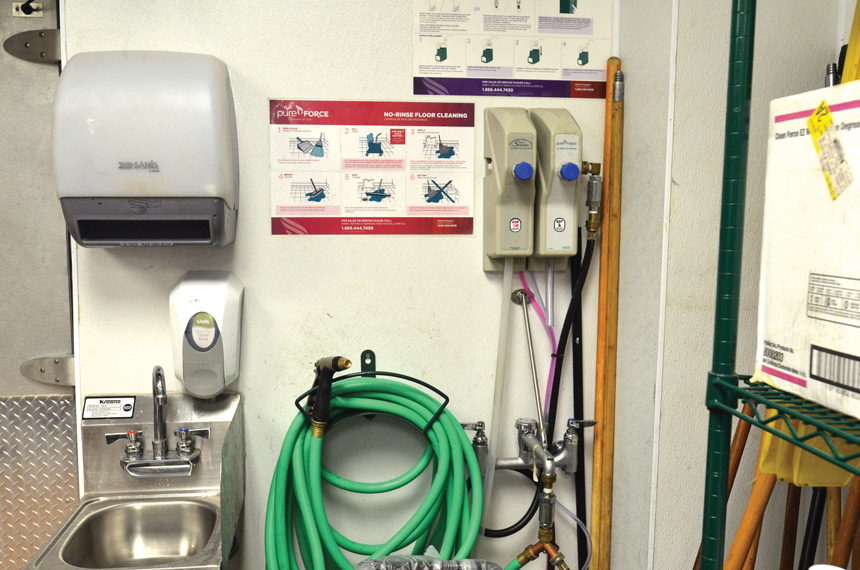 Sterilization a critical element to success

Plenty of things keep pizza restaurant operators up at night, but few are more worrisome than the thought of incurring a pathogen outbreak. There’s good reason for this concern.

“In addition to the human tragedy, restaurant owners may be risking their personal assets if their insurance policy limits aren’t sufficient to pay for their injured customers’ damages,” says Steven Kronenberg, attorney at law for The Veen Firm in San Francisco. “Also, the court of public opinion may not wait for a judge or jury to decide the merits of food poisoning allegations,” adds Kronenberg, whose practice focuses on the food industry and food safety.

Preventing a pathogen outbreak is complex for restaurants, since much of the exposure will vary depending on the menu and types of products sold, how much preparation is done in house and operational standards in place,” explains Chris Boyles of Steritech. Boyles is vice president of The Steritech Institute, the technical department which develops standards and policies. Headquartered in Charlotte, North Carolina, Steritech provides food safety, service excellence and workplace safety assessments to the restaurant and foodservice industries.

Consequently, Boyles says every restaurant can face its own unique set of pathogens. Even so, there are several common bugs operators should take steps to prevent. According to Boyles, these include:

“Additionally, over the last two years there have been several major product recalls due to E.coli and Salmonella outbreaks linked to contaminated flour,” Boyles adds. “While our regulatory agencies haven’t yet confirmed how flour became contaminated in these incidents, it’s important to remember the bacteria may be present in flour.”

How to mount a strong defense against these nasties? “A hand sanitation program is vital,” says Mark Moeller, restaurant operations expert with Shelton, Connecticut-based The Recipe of Success, an industry consulting company. “It must be documented, strictly adhered to and managed daily.”

This isn’t as easy as it sounds, Moeller continues. Many restaurant owners aren’t as knowledgeable about sanitation as they need to be. And those who are often find enforcement difficult, which can undermine even the best program.

“There must be ways to follow up and ensure the team is doing what they’re supposed to be doing,” says Moeller. “Owners must have disciplinary procedures in place and be willing to enforce them.”

For operators unsure as to what constitutes an effective hand sanitation policy, Kronenberg suggests several resources, such as the Centers for Disease Control and Prevention, which has guidelines on its Web site. Or reach out to local health departments or restaurant associations.

He advises consulting with employment counsel about what disciplinary actions are appropriate to take against employees who don’t follow the restaurant’s policies. Also, consider reviewing food preparation processes to see if it’s possible to streamline them, reducing the number of times employees must wash their hands.

There are additional strategies offering protection against a foodborne outbreak. Lessen the Salmonella risk posed by raw chicken by using color-coded gloves and utensils (such as yellow gloves), cutting boards and knives, says Boyles.

“This keeps separation front of mind, giving team members a visual cue that enables them to see the difference,” he explains. “I’d also like to stress that operators should remind the team that gloves aren’t meant to protect hands but to protect the food.”

Gloves should be changed when soiled or torn and when the employee moves from a different task so germs don’t get transferred from one food or surface to another, he says. Also:

It’s also important to inform employees about the risks they pose when they come to work sick; especially critical for workers who don’t get paid sick leave, says Boyles.

“It’s usually most impactful to talk about the human costs,” he suggests. “What happens to their coworkers if they pass along their illness? What happens to their job if the customers get sick and the location has to close, even temporarily? Educating them about the impact empowers them to make good decisions.”

Your restaurant may never experience a foodborne illness event, but in the case one happens, having a plan in place ahead of time can help things move ahead more swiftly, potentially mitigating the risk of further damage, says Chris Boyles of Charlotte, North Carolina-based Steritech. Boyles is Vice president of The Steritech Institute, the technical department which develops standards and policies. Chain operations generally have protocols in place dictating how to respond; smaller stores could benefit from doing the same, he says.

His advice? Designate a contact(s) to talk with health department officials and the media, ensuring that all staff knows who to direct inquiries to and how to respond to requests. Establish public relations and legal counsel contacts. Notify them immediately if it’s determined an outbreak has occurred (of course, you should alert your local health department, as well). Create a template for capturing details of a foodborne illness complaint. This should include what the customer ate, date and time of order and when eaten (and also ensure that you’re actually able to track how many of each menu items were sold or served during the various dayparts).

Establish record keeping allowing you to know which team members worked on what days and times and the tasks they performed. Maintain accurate logs of food invoices, local food purchases, temperatures and other pertinent data.

“And remain calm,” says Boyles. “Your employees will be looking to you for leadership during a time when your restaurant may be under increased scrutiny from regulatory authorities and the media.”