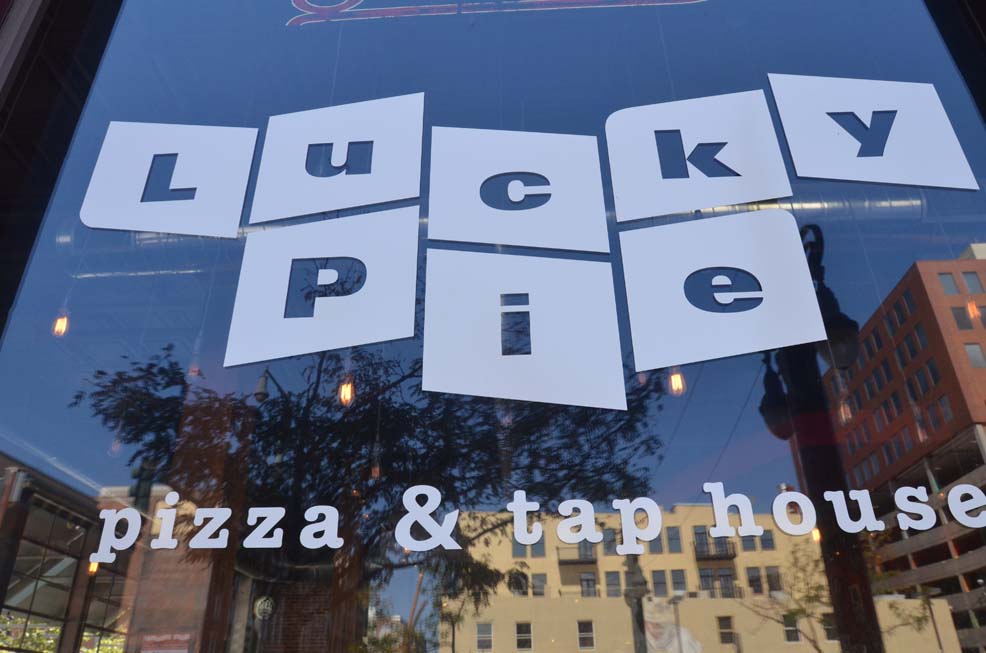 Lucky Pie –– with a location in Denver, Colorado, and one in its far northwestern suburb of Louisville, Colorado –– is proof positive that a concept originated in a small town of 18,000 can translate to a bustling metropolitan downtown district.

Brendan McManus has worked his way through the restaurant ranks since the age 14. In 2010, he opened the first Lucky Pie to fill a void. “I thought pizza was really underserved,” he says.

“I really feel like pizza can be an artisan product and that a lot of the choices in Colorado at that time were kind of more commercial, fast foodie pizza and I wanted to be able to explore more brick oven, artisan, seasonal offerings.”

The original Louisville location sits in a fully renovated 1950s grocery store with an exposed black ceiling, concrete floors and hardwood furnishings. The restaurant also features a large patio and a lawn made from recycled plastic with a garden. “A good chunk of our produce in Louisville is coming from our garden,” he says.

In contrast, the LoDo location is situated in the heart of Denver’s 16th Street Mall, an outdoor pedestrian promenade of shops, restaurants and entertainment. Lucky Pie LoDo opened in 2012 after an extensive reconstruction to peel back the layers of the century-old building to highlight original beams, a tin ceiling, brick walls and a concrete floor.

LoDo is also sandwiched between all of the major professional sports venues. Its traffic is more event driven, McManus says, a point of separation. The Louisville pizzeria’s traffic derives from more families and large parties.

“It’s pretty fun how the guests have chosen to use the different restaurants and how we’ve been able to accommodate and learn from what they are looking for and meet those needs,” he says.

Eating habits vary as well with a stronger and earlier dinner at the original unit. McManus can be in Louisville for the dinner rush and get back to Denver in time for its nightly rush.

LoDo’s lunch to dinner is a 40/60 split with a strong business clientele and a thriving happy hour.

Consistent to the two locations is food quality and a focus on seasonal ingredients and house-made products. “We don’t have kits, we don’t have assembled stuff,” McManus says.

Sourcing ingredients locally and using seasonal produce is core to Lucky Pie’s food program. Meats come from Colorado, with a few specialty items from Nebraska and Wyoming. McManus says having a connection with where products come from is vital.

Lucky Pie’s pizza has garnered the attention of regional media and food bloggers. Reviews hit on the crust. McManus says the crust was engineered “so that the top set of teeth and the bottom set of teeth, you got a little crunch but there was chew in the middle of it. And then it got sweeter the more you chewed it.”

McManus has created a dough formula using Colorado-raised organic flour and organic Spelt with an overnight proof. “Spelt gives it a little more crunch,” he says. “It gives it a darker, richer, nuttier component to it.”

The antipasti is a hit with dinners across the board. “We also just started our own charcuterie program so now we make our own pepperoni, sopressata and salumi,” McManus says. “We are on batch No. 4 and this is the first batch that we are actually using. We are just using it here and there. We still need to get the recipes down and figure out production. It will be exciting to see how it progresses.”

Lucky Pie’s craft beer program is topnotch, emphasizing Colorado beers on its 27 taps, in addition to some from around the country and internationally. The beer list ranges from pale ales to stouts and changes frequently. “We try to represent IPAs. They are what a lot of people look to drink, especially during the summertime,” he says.

With a robust beverage program and a seasonal food menu, capturing return visitors is Lucky Pie’s main objective. “We really try to focus our attention on two things: building regular guests and then making sure our regular guests stay happy and continue to come back,” he says. “We try to make sure that there is always something fun going on in the restaurants and that there is a reason to come in — so beer tappings or specials.”

Focusing its marketing efforts on current customers and the communities it serves, McManus says: “We don’t advertise. We’ve maybe bought two or three ads since we’ve been in business. We do a lot of community outreach. Lucky Pie sponsors one of Colorado’s best category-1 and category-2 bicycle racing teams, Sonic Boom Racing, and hosts the Sonic Boom Race Colorado Master Criterium Championship in Louisville.

Keeping all of the gears working flawlessly are Lucky Pie’s 80 employees. Not everyone fits into the employee structure at Lucky Pie, McManus says. “We are very serious about what we do but we don’t take ourselves seriously,” he adds.

His approach to employee management begins with respect. “It’s a very educational atmosphere,’ he adds. “So there is a lot of training that you need before you can work here. But then there is also ongoing training.”

LoDo General Manager Michael Button weighs in on working for McManus. “I’ve been here since the beginning. One of the biggest factors for me was that, so far, with Brendan with what he’s promised me has always come true. I think that’s the main thing for me. It’s integrity. What he says gets done.”

Built on an engaging company culture, McManus says he’s hesitant to jump into several locations. “If we just opened (LoDo) and then kept on moving to the next location, we would have never understood the nuances and opportunity and challenges that each store brings,” he says.