We’ve all had that moment when it feels like the rug has been pulled out from beneath our feet. It happened to me last week in the form of a text message: “Luzzo’s has closed.” Besides having some excellent pizza and a staff that had been there for decades, Luzzo’s used one of the few
remaining coal-burning ovens in New York City. Since Luzzo’s didn’t own the building (it’s extremely rare to find pizzerias that do), the fate of the oven remains in the hands of an East Village landlord. So it’s essentially doomed. 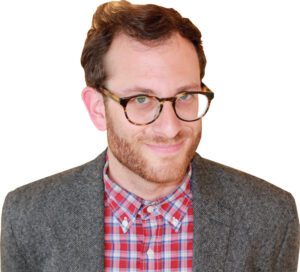 New York’s coal-burning ovens have become things of legend. They were the first ovens used for American pizza making in the early 1900s because coal was cheaper than wood. Since coal needs a constant flow of oxygen to burn, the ovens have to be built in a way that takes up lots of space. The oldest ones are built directly into the foundation of the building or as extensions from the first floor.

Once natural gas became available in the 1930s, owners retrofitted their coal-burning ovens with flame throwers. When the stainless steel pizza ovens entered the picture in the 1940s, coal-fired ovens became relics. After Arturo’s opened on MacDougal Street in 1957, there were no new coal-fired pizzerias
until Patsy’s (now called Grimaldi’s) opened under the Brooklyn Bridge in 1990. That’s when rumors swirled about coal ovens being illegal, that one must have been built before restrictive laws in order to be “grandfathered in” for use.

While it’s entirely legal to build a coal-burning oven today, most business owners don’t want to deal with the confusing regulations of the Department of Buildings and the fire commissioner. Building owners find the old ovens to be more of a liability than an asset. They can make much more money by ripping out the old structures and enhancing their buildings’ living spaces. When a coal-fired pizzeria closes, the oven’s fate is sealed.

Just a couple months ago, a worst case scenario played out in Little Italy. Lombardi’s paid rent on two neighboring properties, one at 32 and the other at 30 Spring Street. The pandemic crippled their business, so they decided to step away from one of the two leases and shrink the restaurant. They chose to ditch 32 Spring Street, which just so happened to house an old coal oven built in the 1910s. Lombardi’s moved to this space in 1994 specifically because of the old oven and within a year of them relinquishing the lease, the building was sold and the new owner demolished it. It’s gone. Every last brick.

Coal-fired ovens represent the earliest version of pizza in the United States. On one hand, we see chains like Grimaldi’s and Frank Pepe Pizzeria Napoletana spreading the gospel with new locations. On the other, we’re losing the physical pieces of history that connect the present with the past. Change is inevitable, especially in the face of an industry that’s embracing the efficiency and quality of new technology. Still, I think it’s important to respect history and it makes me feel helpless to witness the loss of such beautiful pieces of our industry’s past.