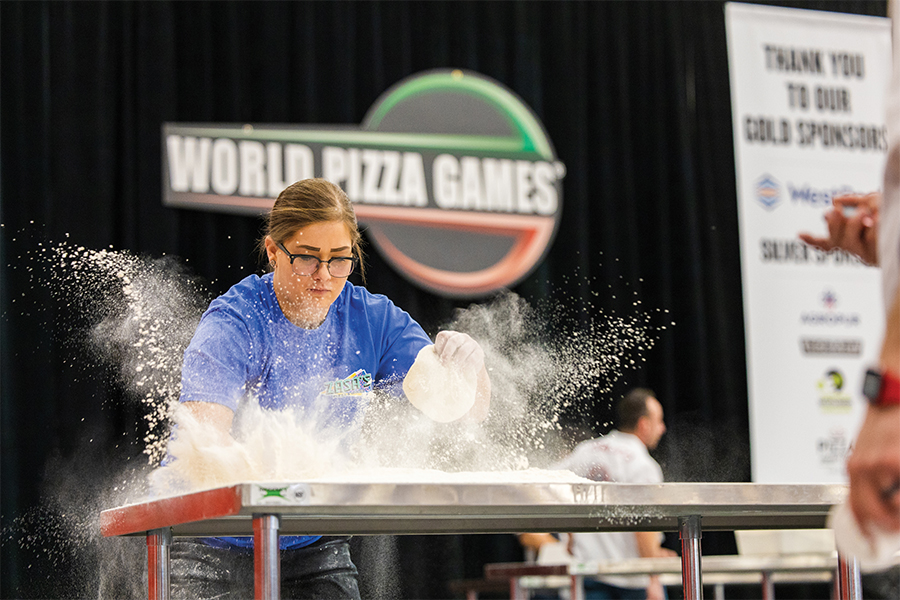 It’s no secret that the pizza industry is dominated by men. Images of mustachioed pizza makers adorn every menu, coupon and pizza box not just in the U.S. but globally. It’s a reality of the restaurant industry that’s particularly obvious in pizzerias, but that doesn’t mean it has to stay that way.

If we look to the past, it’s clear that women have long held a significant role in pizza culture. The most famous pizza in the world was named for Queen Margherita of Savoy. The most popular pizza movies have featured Sofia Loren and Julia Roberts hawking pizza for a living. Nicole Russell of Last Dragon pizza hosts the incredibly successful “Pizza Wars” show for First We Feast’s YouTube channel. Here in New York City, the proprietors of the oldest and most famous pizzerias were brought into the business because of their wives’ families. Some of those classic pizzerias are still run by women today.

Contrary to these examples, the pizza industry still manages to unintentionally exclude women. Male dominance has become so common that we don’t even notice it anymore. We use language like “pizza guys” to refer to one another. When a pizzeria is hiring, I often see a sign in the window that says, “Pizza Man Wanted.” People in the pizza biz often referred to it as a “brotherhood” or “fraternity.” In cases like these, there’s no reason to specify a gender — so when we do, it lands pretty loudly. It’s not hard to figure out why women may not feel comfortable in the business.

By choosing inclusive language, we can open the doors to those who don’t identify as male. Rather than talking about how “some guys use electric ovens,” switch to “some pizza makers use electric ovens.” Instead of hiring “pizza men,” hire “pizza makers.” When you’re excited about the support you get from your peers, talk about it as a “community” or “family” rather than a “brotherhood” or “fraternity.”

Being conscious about language like this isn’t political and it shouldn’t be controversial. As an educator and tour guide, words are my most important means of communication. So, I’m constantly picking apart the way I phrase things. I’ve had to stop myself in the middle of a sentence many times just to correct my wording. It’s not easy to shift out of a way of speaking or thinking that’s so automatic, but that’s the first step.

By reading a magazine like this, you’ve already demonstrated your desire to learn and develop your skills. Think about changing your language as another skill development, just like improving your dough skills or your delivery mechanics. At a time when staffing issues have become a huge roadblock for pizzerias, it’s especially important not to exclude any potential employee.

As male as it looks from the outside, those in the business know there are many women in leadership roles. Just look at the World Pizza Champions membership and you’ll see people like Audrey Kelly, Laura Meyer, Melissa Rickman, Nicole Bean, Brittany Saxton, Floriana Pastore and Tara Hattan. There’s even an organization that supports and promotes women in the business, called Women In Pizza. Representation is the first step toward cultural inclusion and it does look like the pizza biz is turning a corner to lead the entire restaurant industry towards a brighter future.