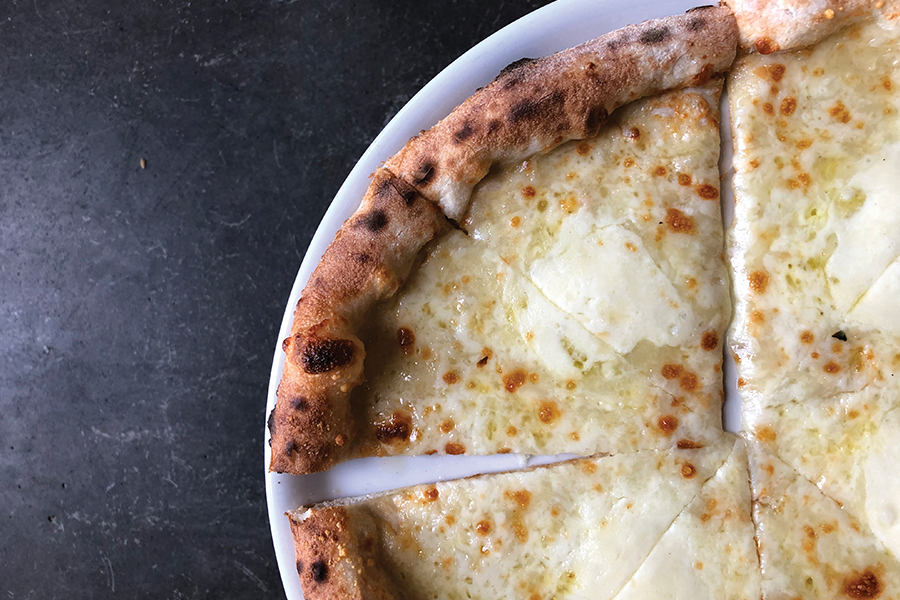 Extra Cheese , a Top Five Pizza Topping — What to Charge

Extra Cheese , a Top Five Pizza Topping — What to Charge

Extra Cheese, how do you price it?

It’s no secret that mozzarella cheese is the essence of a great pizza and the bane of all our existence because of the fluctuation in price and how easily that money can go sideways when wasted and not utilized properly.

Selling extra cheese effectively results in better food cost and a better dining experience. It’s an easy upsell when presented like an invitation to a party. The key is to sell it in a light and upbeat tone at the end of a sentence, “Extra cheese on that?” When a customer is already in the buying side of their brain, the euphoric side where they’re open to purchasing, whether on the phone or in person, it’s a simple way to enhance the pizza and get more revenue per transaction.

How Much is Extra Cheese?

There are many modes of thought in the industry when putting extra cheese on a pizza. The most common is half the amount of a standard pizza. If your pizza has eight ounces of cheese, extra cheese would be four ounces. From what I’ve seen, this is the industry norm, but it is not a mandate. Many people put another little bit on with a scoop of their hand. For some pizzerias, extra cheese is just two ounces more no matter the pizza, and for others, it’s a whole separate bag, with tiered pricing based upon each size of pizza measured to a finite degree.

Executing how to monetize it seamlessly is more crucial than ever; with the commodities price of cheese at insane fluctuation, you must price it and portion it correctly. We’ve seen the Chicago Mercantile cheese block price fluctuate into the low $1.20 range, all the way to the $3 range. Your price might fluctuate with the market, or perhaps you have a locked-in rate; either way, your price has climbed significantly. Utilizing the lessons of a challenging economy for any economy creates long-lasting success. That means portion control, menu price awareness and vendor negotiations.

Aggressively attack your cheese price with your vendor from a partnership standpoint. Your vendor needs to know that if your cheese price is out of whack, you can’t operate successfully, and they’re putting your store’s health in jeopardy and that your financial health is tied to their health. Get a new vendor if your vendor does not see your relationship as a partnership. If they’re trying to get as much money out of you as fast as possible, get a new vendor. Bear in mind that if the price of cheese on the mercantile is $2.50, it’s irrational for you to ask for the same or less, no matter what it was last year. If you pay less than that, the vendor has to make it up somewhere, i.e., overcharging you for the rest of your products.

How to Charge for it:

Assume you have a $3 per pound mozzarella price. By that logic, if you are giving four ounces of extra cheese, then that’s .75 cents in raw food cost you’re giving out. If you’re also charging extra cheese at a $1.50, or even $2, that is a horrible food cost percentage. $2.25 charger at .75 cents your cost would be 33-percent food cost. Not that great. To hit 25 percent for four ounces of cheese, you would need to be at $3 as an extra cheese charge. If that sounds exorbitantly high, you could give less; for two ounces you could sell for $1.50 to $2, but you would not be giving as much extra cheese.

With that said, I will give a little inside baseball knowledge. In 18 years of giving different amounts of extra cheese, I have never heard someone who ordered extra cheese say that this was not enough. I just haven’t. I’ve had it for every other topping because it’s much more apparent. For example when a pizza is light on mushrooms.

If you want the customer to have an overload of cheese, that’s awesome by me, charge for it, or else you jeopardize your restaurant’s financial health.

If you use a handful method, that only works if you’ve been doing it for a very long time and you are financially liable to your restaurant. This assumes you know that weight, like the back or, in this case, the front of your hand. Anyone who’s not you, not living off the bottom line, going off the handful method is costing you. None of your staff are Indiana Jones, able to measure a bag of sand on instinct like in Raiders of the Lost Ark. Even he got it wrong, which initiated a boulder chase. Your boulder is food cost, and you’ll get crushed every time when left to chance.

You need a system. NOT JUST ANY SYSTEM, but a dependably great system. The most basic system is to fill up a bowl, measure it on a scale, and dump it on pizza. The problem with this system the cheese can often drop from the bowl on the trek to the pizza and land on the floor, but it is better than nothing. A flat gram scale instead of a tall analog scale will do better in this scenario. It’s more specific, which takes more time, which might lead to this back-of-house employee not doing it at all. A camera directly on the cheese station can help you review film and see who’s doing it and who’s not. That assumes you check your cameras, and that the cameras are functional.

If you buy pre-cut, be aware that certain diced cheeses come measured to a finite degree, and yes, you could use a cup measurement to portion if you buy this exact type of pre-cut mozzarella. This process will not work on pre-shred; it will not work on other styles of random-cut cheese. If you have all the cheese cut and want to ensure nothing goes wrong, weight and pre-bag your cheese. Bag it in a separate section of your restaurant so staff separates it out in their mind where cheese is measured and where cheese is used. Whether in a cup like the Big Dave Ostrander method or a loosely packed sandwich bag, pre-portioning this way ensures for the 1 cent in bag cost, you don’t lose 30 to 40 cents a pie in misplaced cheese.

If you don’t buy pre-dice or pre-shred, you’re cutting it yourself. The classic top loader method of pressing with all your weight down to get the shred is a little old-fashioned but works with no new equipment. New methods of shredding cut the mozzarella like a woodchipper taking out a redwood. This fast-cut method is much more advantageous for use inside a high-functioning restaurant because you don’t have much time to waste cutting cheese.

Our restaurant uses a vertical chopping mixer, like a giant blender. A VCM dices it up for a minute, and then we dump it into a big container. I find this is the most affordable and fastest method to getting a dice-cut of cheese which is easy to spread out, in my experience. If you’re buying pre-cut, you are already paying a significant amount more money and, theoretically, aside from a few companies, also paying for cellulose in your mozzarella. For any pizzeria that’s looking to cut costs, which should be all of us, I am a big proponent of cutting your own cheese. The cost is just too inescapably high right now to do otherwise unless you have absolutely no space to prep it and cut it yourself. If that’s your situation, price it accordingly for the excess cost you incur.

Cheese is a numbers game. If you’re unaware of the numbers, the numbers control you. Keep your cheese game tight, and your profit will reflect that.