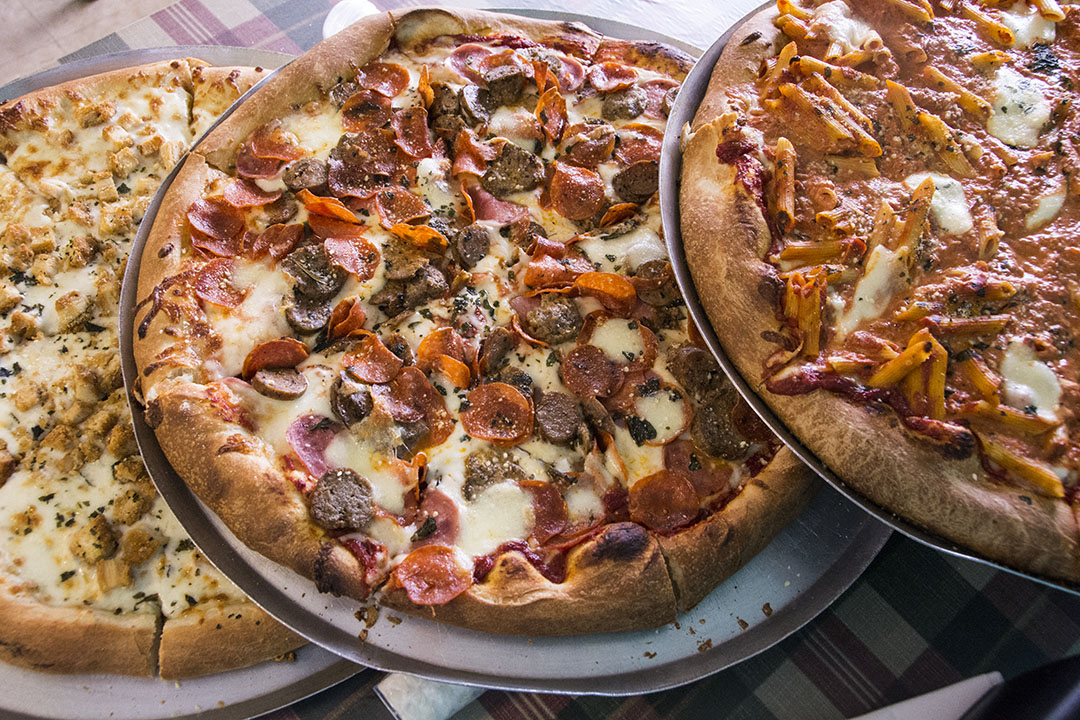 Alan Kruger has that swagger that only a true chef has –– there’s the New York accent, the storied resumé including everything from dishwasher to executive chef and the somewhat fearless bravado that can only be claimed by a man who’s been there, done that. After more than four decades in the restaurant industry, Kruger has certainly earned his reputation and his latest venture, Authentic New York Pizza in Corpus Christi, Texas, is a departure from his early fine-dining days. It’s proven successful, earning the pizzeria anywhere from the first to the third spot on the list of best restaurants in the city.

“I started as a dishwasher,” Kruger says. “I chose this career from day one. I became a certified instructor with the state of New York. I have various medals with the American Culinary Federation. I used to do a lot of extern programs for the CIA (Culinary Institute of America). I was very particular. I would take the top 10 percent of their students.”

After 30 years, however, he left his career with a large restaurant group and spent another five with a different company before relocating to Corpus Christi, where wife Maria has family. “What I found in Corpus was nothing but corporate pizza,” he says. “I tried every pizza place that there was in the city. What they were serving as pizza was not what I know as pizza in New York.”

That changed in December 2010, when he and Maria opened the appropriately named Authentic New York Pizza in a small strip mall on a busy highway. “There’s a fallacy throughout the country that all New York pizza is thin,” Kruger says. “That’s not true. You have three basic styles of pizza in New York –– you have the Neapolitan style of pizza, you have Sicilian pizza which is very thick and square, and then you have, from I’d say Rome North, pizza starts to thin out. … What I did have to do when I got here –– unlike New York people who will eat plain cheese or maybe pepperoni or sausage –– down here they tend to (pile on) toppings. They’ll put five, six, seven toppings on a pizza. So I had to make my pizza slightly thicker than I would if I was in New York to carry all those toppings. … You have to play to your audience.”

In Corpus Christi, competitively priced chain pizza tends to reign, but “my pizza is still not pricey. I prefer to be moderately priced, but it’s more of a gourmet style of pizza. I took on a big undertaking trying to educate our clientele who were not used to this product,” Kruger says. “I had to train everybody, because 99 percent of the pizza that’s down here is from a press and cooked in a conveyor oven. My pizza is still cooked in an old-fashioned Blodgett gas-fired brick oven, and all hand-tossed.”

Staff training has become critical as it was difficult to find pizzaiolos with experience. “My guys, nothing is portioned out. They do everything by eye –– like a real pizza guy in New York.”

In the early days, Kruger admits his food costs ran on the higher end. “Throughout the years, we’ve regulated and I’ve taught my guys how much pepperoni and sausage, meatballs, etc. etc., he says. For a pizzeria, my food costs run higher than a normal pizzeria –– about 30 percent instead of about 25 percent –– but when you see the product, you’ll see why.”

Dough and sauces are made in-house, as are meatballs and sausages. “Everything is done fresh every day,” Kruger says. “The main three sauces that we have –– my marinara, my pizza sauce and the Alfredo sauce –– nobody else touches but me. That’s something that I learned. I studied tomatoes for years in New York and my pizza sauce is a mixture of Italian peeled tomatoes and pizza sauce and spices.”

The top seller at Authentic New York Pizza is the “Meat Lover Margarita,” followed by a penne pizza and one topped with chicken Alfredo.  A 16-inch cheese pizza is $13.95, but the company also offers a Sicilian for $15.50.

Upscale ingredients like San Marzano tomatoes and fresh chopped vegetables help set the pizzeria apart from its competitors, but Kruger’s business savvy prompted him to see where he could increase sales.

“People want to have a fast lunch,” Kruger says. “One thing that they were so used to here were pizza buffets. Coming from New York, I’d never seen that before.” But rather than change the formula for his pizza, he opted to do a pasta buffet that now brings in a wide variety of clientele and instead sells pizza by the slice at lunch.

In fact, catering to customers extends to their full pizzas –– even if that means breaking up a pizza into quarters for toppings. “We’ll do anything that the people want,” Kruger adds.

Authentic New York Pizza is a BYOB establishment, as there used to be a couple of nightclubs nearby and Kruger worried about liability as the last establishment frequented by drinkers. He didn’t want to over serve already intoxicated patrons, so he opted for a BYOB license.

The restaurant also doesn’t serve soda via fountain. Instead, Kruger thinks bottled drinks are becoming a trend and decided to jump on the bandwagon early. “Refills took a lot of labor,” he adds.

The restaurant has faced a number of challenges over the years, including road closures just six weeks into business and damage from a fire next door that shuttered their doors for a number of months. “The night of our reopening, the community –– I cannot tell you how busy we got. Normally, we’d close at 9 o’clock on a Friday. At 10:15 p.m., we actually ran out of dough. I had about 75 people waiting in that lobby for takeout. … That was one of our best nights.” Kruger says he went home exhausted but realized the pizzeria had become ingrained in the community, and word-of-mouth is now his best advertising vehicle. Corpus Christi is a tourist town that brings in Spring Breakers and summer beach business, Kruger says, but the city’s locals come from the oil fields and military bases, which help fuel the off-season but create a rotating customer base every few years.

Kruger tried to add delivery in the restaurant’s early days, but “that’s not what we do best. This pizza is best served hot out of the oven.”

Kruger does not have initial plans for a second unit but says he is actively seeking a partner for a takeout concept. “My reputation is very important,” he adds.