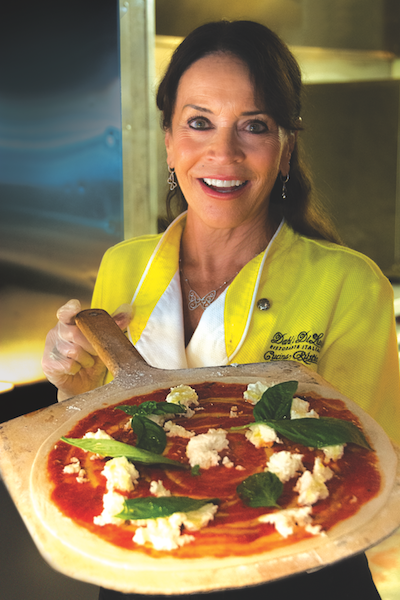 Chef Lisa Dahl on a quest to transform Sedona dining

Sedona, Arizona, sits amidst a magical mountain backdrop that draws visitors from around the world to see the area’s famous red rocks. Home of some of America’s top hiking, mountain biking and resort destinations, it stands to reason the city would be a prominent dining mecca as well. And although there are some top-notch options, Sedona’s food scene isn’t typically mentioned in the same breath as places like New Orleans or San Francisco. Chef Lisa Dahl, owner of Pisa Lisa, is on a quest to help change that. Within mere minutes of speaking with her, her passion rings through like a hard-struck bell.

“There’s so much going for the area,” Dahl says of Sedona. “Just look outside at the views. There are million-dollar views everywhere you turn. People come from all over to see this place. Others come here in retirement and then, of course, there are the year-round residents who know how special Sedona is.  With my restaurants, my goal is to be creative enough and inspirational enough that people say, ‘Yes, this is quality.’ ”

Dahl, who opened Pisa Lisa in 2013, says simplicity and careful attention to the interaction between toppings is key to creating a great tasting pizza.

“I’m about being natural and quality-driven,” she explains. “I want the consumer to be able to taste the flavors. It’s about the vibrancy and the quality of the flavors.”

Dahl admits that she once mistakenly thought pizza would be easy. She quickly discovered it, too, is nuanced. The Pisa Lisa owner says it took her a while to find her niche in pizza after years of operating a successful Italian restaurant. But now things are moving forward at a brisk clip.

“I probably did, initially, think that pizza on a commercial scale is easier than what it really is. But I quickly found that it’s just as difficult and just as demanding as other foods. But now I just love it. I love working with the dough and being in here and making pizza. When I leave my other restaurants to come here, it’s almost therapeutic in a way to make pizzas.”

Part of the learning experience for Dahl centered on reconciling her vision with the expectations of the typical pizza customer, who may have been previously conditioned by large chains to expect greasy pepperoni and an overabundance of cheese. Dahl turns out thin crust, crispy wood-fired pies.

“I consider myself sort of a peasant chef,” she explains. “The cliché ‘less is more’ is really what I believe in. Because I believe in layering ingredients in a way that when you leave the restaurant, you still are enjoying the experience of the cuisine. I’m all about the methodology and the layering of each ingredient and how we treat each ingredient to bring out the optimum flavor. What I’m trying to accomplish is to do right by the ingredients, by the process … to make the food inspired but in a very simple way.”

As many operators have discovered, that can be easier said than done. But Dahl has managed to pull it off and sales at Pisa Lisa are nearing the $2 million mark.

“We went way over budget in getting Pisa Lisa ready to open,” says Dahl. “Issues arose and we spent way more than we had planned or that we wanted to spend. My accountant broke the bad news to me one day. He said that we would have a lot of difficulty making our projections and that the first year was going to be a real struggle. Now we’re really moving forward full speed ahead and have gone above and beyond those projections.”

Not one to sit still, Dahl recently opened another venture in Sedona. It’s a latin-inspired fine dining experience she named Mariposa. The restaurant (pictured at the left) offers stunning views and a memorable dining experience and represents the next step in Dahl’s business evolution. But that doesn’t mean pizza will fall off her radar.

“At the same time, we’re talking about growth for Pisa Lisa,” she confides. “We may enter the Phoenix market in the future. I could envision 4 to 5 Pisa Lisa’s there in the right areas.”