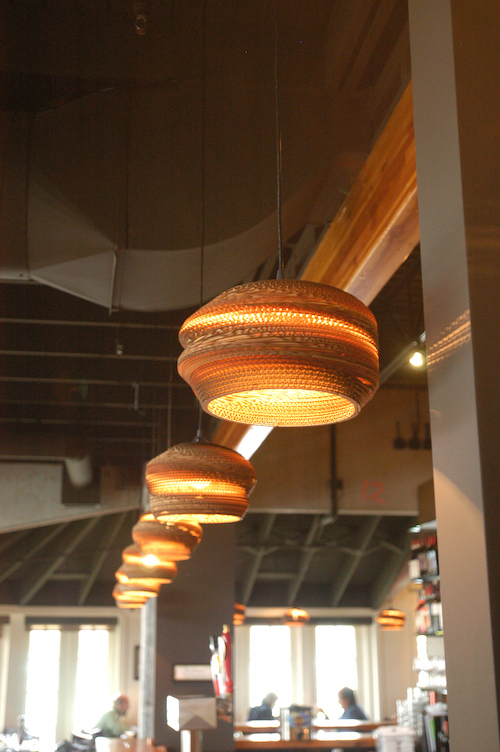 In restaurant lighting, ambiance is important, but it is not the only factor in choosing how to illuminate the dining room. The right light fixtures can make the eatery look trendy, comforting or retro. Whether the operator chooses downlights that are in the ceiling, hanging lights that range from pendants to chandeliers or sconces on the wall, the light fixtures themselves can make a difference in the interior design. The key is to choose the fixture that not only matches the rest of the décor and fits the theme of the eatery, but also is easy to maintain.

As with anything in restaurant design, light fixture styles change with the times. “One of the things we have seen over the past several years is that modern and streamlined gave way to earthiness and organic and urban industrial,” says Brent LaCount, principal with Design Collective Incorporated in Columbus, Ohio. “It’s kind of harking back to earlier times. That urban industrial vibe has the familiarity of a previous time. It is less flashy, more hip and urban.”

LaCount says some operators are using Thomas Edison inspired lights that feature large, see-through bulbs and show the filament. “We are seeing a lot of that application, in restaurants that want to show a craft approach, not an overly designed or overly corporate look,” he says.

Also popular in restaurant design, LaCount says, is an eclectic approach to lighting design. “We are kind of in an era of anything goes so we are seeing mixtures,” he adds. For some, the mix of lights is a way to showcase areas of the restaurant, such as differentiating the bar from the eating area.

Track lights have an advantage because the operator can move the fixtures. “It gives you that flexibility,” says Jay Miranda, principal of Chipman Design Architecture in Des Plaines, Illinois. “If you rearrange your seating at some point you will be able to adapt.” It is easier to move lights along a track than to move lights that are hanging from points on the ceiling. Plus, he says, track lights can be very reasonably priced.

Miranda adds that the industrial look is everywhere now, partly due to the popularity of the interior design of Chipotle and other spare looking fast-casual eateries. Chipman Design designed Pizza Cucinova, which is Sbarro’s artisan pizza concept in Columbus, Ohio. “You don’t have to have frills in your space, but you present it so the product is the star,” he says.

Pendant lights are also popular now. Cult Pizza in Grand Rapids, Michigan, has several different types of hanging lights. “We have really high ceilings,” says owner Ryan Cappelletti. “It was kind of a way to drop the light.” He worked with local designer Dylan Gunnett to come up with a combination of larger lights hanging low over the bar, and smaller lights hanging higher up over the individual tables.

It helped that the building was not completely empty when they rehabbed the space into a restaurant. “We had to gut the whole thing,” Cappelletti says. “We had those track lights just sitting up there, so we said, let’s not throw everything out.”

Others agree that variety is a good idea. “A well designed lighting plan should have a good mixture of ambient, accent and task lighting,” says Megan Pharmer, an interior designer with HDG Architecture Design in Spokane, Washington. “So variety in the size and type of fixtures is best.” She and Joshua Hissong and others from the firm designed Fire Artisan Pizza in Coeur d’Alene, Idaho. Some tables have pendants over them, while others are illuminated by softer ambient lighting.

Lighting fixtures have to be strategically placed so that they can light up not just the food. “The lighting is in layers and the bright lighting is focused on areas of attention, such as at the bar counter and the artwork on the walls,” Pharmer says.

In general, she says, the trend for lighting fixtures includes the use of copper or black metal fixtures for a clean, contemporary feel. Of course operators have several factors to consider when choosing light fixtures. “The key elements to consider are design and function.

Decorative and architectural lighting can have the aesthetic qualities for the design intent, but they must also meet codes for the bulb type and the amount of foot candles needed. When choosing the right fixture it is best to review all aspects of that fixture, not just its look,” she says.

LaCount puts it this way. “Food is the focus of the environment,” he says. “We put light where we want to emphasize things. We want to be able to emphasize the tabletop and the food that’s on it.”