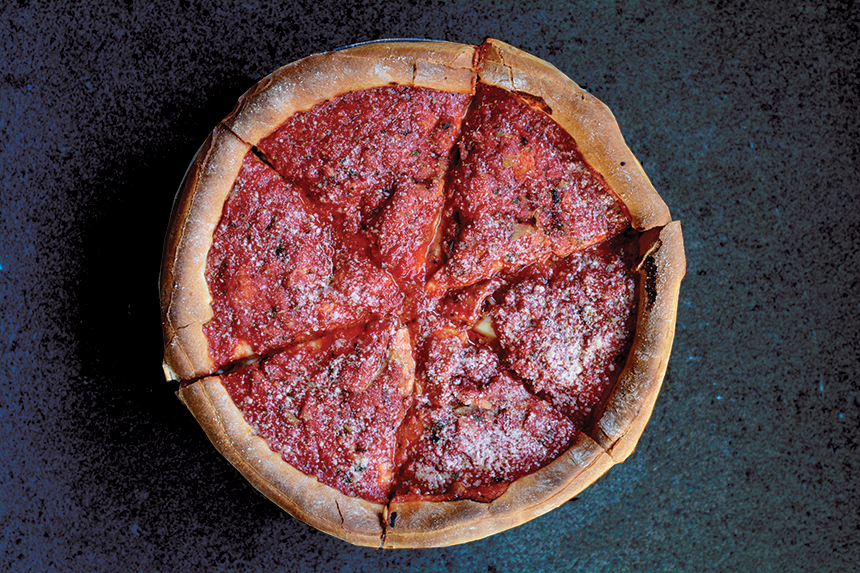 La Jolla-based Regents Pizzeria skyrockets from $500,000 to over $5 million in sales

Regents Pizzeria in La Jolla, California, is a powerhouse of a single-unit restaurant, generating 5.2 million in annual gross sales in 2019. Its staggering sales earned Regents a spot in the Top 50 on Pizza Today’s 2019 Hot 100 Independent Pizzerias list.

Pizza Today visited Regents in January to find out what drives its success. Co-owner Bill Vivian summed up the restaurant brilliantly. “Magic happens when you have those three elements of food, service, facility on a bedrock of a solid culture,” he says.

Regents Pizzeria’s rise initiated long before it moved into its beautiful 4,100 square-foot corner restaurant in December of 2014.

In 2005, a talented chef, Stephen Carson, bought the under-performing pizzeria in the back of a commercial center in La Jolla near University of California San Diego. It was across the parking lot from from where it currently resides. The 1,100 square-foot pizzeria served New York and Chicago-style pizza. Carson kept the name and pizza styles.

General Manager Cary Reutter joined the team eight months after Carson took over the restaurant. Reutter, Carson and Vivian set out to refine the concept and apply Carson’s philosophies on food.

“We actually built that from half a million to $2.5 million in that tiny little space by the end of 2014,” Vivian says. Restaurateurs often ask Vivian how Regents was able to increase its sales so significantly in the same space. “It was all about improving food quality and service quality,” he says. While others in the market attempted to level pricing by any means necessary, “We chose to improve the ingredients and raise the prices,” says Vivian, who joined the partnership in 2008.

Vivian says he and Carson also spent a lot of time traveling to restaurants regionally and around the country benchmarking operations that excelled in various aspects of the business. It helped them shape their operation and employee culture.

Just as the pizzeria was building momentum, tragedy struck. Carson developed Melanoma and died in 2011, leaving Cason’s wife and father, along with Vivian and newly joined Reutter as partners of the restaurant.

Before his passing, Carson and Vivian visited Pizzeria Mozza in Los Angeles. They loved the restaurant so much that later Vivian says they tracked down its architect, George Kelly, to design the new restaurant.

Kelly created a sleek, modern yet comfortable restaurant. With an expansive covered patio, large windows and an elegant ceramic-tiled façade, it stands out in its commercial center. The patio is below street level giving its awning a direct street view to hypnotize passersby on a busy thoroughfare with Regents’ motto repeated three times: “Eat more pizza, drink more beer, be more happy.”

Inside, the counter-service restaurant is hip with concrete floors, wooden tables and walls and dispersed honeycomb structured sound-absorbing ceiling tiles. Part-décor, part signage directs customers exactly where to go and what to do.

Vivian says Carson would be happy with what they’ve done.

Joining the conversation was Dani Dami, who took a summer job at Regents and quickly rose to supervisor, then assistant manager. Today, he’s assistant general manager. Vivian is quick to give credit to Dami and Reutter. “All three of us are co-creators of this concept,” he says.

Vivian, Reutter and Dami know the business inside and out. “We are fanatic about numbers. We know everything about our business. We divide our business into five business segments,” Vivian says. The segments are delivery, pickup, takeout, dine-in and beverage only, some of which have multiple sub-categories. “We’re always challenging ourselves how do we build each single daypart,” he adds. We don’t think about the business as a whole only. We think about each segment of the business.”

Authenticity of its menu runs through its staff and guests. “The single most important thing to us is quality and authenticity in our food and our guest experience,” Vivian says.

Pizza is 65 percent of food sales with New York outselling Chicago two to one. “But surprisingly Chicago in Southern California is very popular and that’s driven a lot by our slice business,” Vivian says. “Our most popular slice is the Chicago Meat Market. Each slice that we sell of Chicago is 14 ounces. The New York’s are around a half of a pound.”

Regents offers a full menu of appetizers, pastas, sandwiches, salads and desserts. “Pastas run about five percent,” Vivian says. “Salads run a little higher at around 15. Appetizers are at about 10 to 12 percent and that includes our wings that are about five percent of our sales.

“We go through a menu refresh about once a year and we’ve just completed one,” Vivian says. “Maintaining our prime cost at 60 percent is always a challenge so our latest rounds of increases have been relatively small at three to five percent. And we chose to not increase any of the prices of our whole pies but we did increase where we thought it was appropriate in the marketplace.”

“The idea to test was, ‘is there a niche for an authentic American pizzeria with authentic American craft beer that’s constantly changing and constantly rotating?’” he says. “We have 32 taps, two of them are nitro, 28 of them are CO2 and two cast conditioned beers. On that menu 24 are home to a certain style of beer and every time a beer keg kicks or runs out, we replace that beer with the same style, different brewer. It’s always changing.”

Regents takes its beer prowess very seriously. “Anyone who touches our taps are Cicerone certified because we want authenticity,” he says of the beer expert certification program. “You can’t fool San Diego guests about beer. They are extremely knowledgeable. All of our bartenders have been here since we’ve opened. They have very deep knowledge of beer styles and the beers that are on tap.”

The entire crew is well educated on their positions. “We have 23 job levels each with its own salary range, each with its own list of skills that have to be mastered for that,” Vivian says, giving dedicated crew members the opportunity to advance in the restaurant. He admits that the restaurant is very management-heavy by design. “We feel that to deliver this concept, we have to have more people watching it,” he adds. “Every day, we will have a floor manager that watches every plate that comes out of the kitchen. We have a service manager that makes sure that our service staff is achieving their expectations. On our busiest nights we will have a manager managing our delivery and takeout side and we will likely have a manager in the kitchen.”

In the end, Vivian says Regents’ people drive its success. “We do something that lots of us talk about, but very few of us do, and that’s that we are an employee-centric company — so that means we focus on the happiness of our employees.”