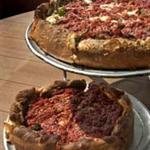 Man on the Street: Unique pizzerias breaking all the rules

Man on the Street: Unique pizzerias breaking all the rules

I could hardly believe my eyes when I recently saw a disturbing question posted on a professional pizza industry forum. It was something to the tune of “I want my pizza to be just like the big chains, does anyone have their dough recipes?” No, it wasn’t a joke; this person really wanted to blend in with the noise rather than stick out from the crowd. I understand the attraction of following a proven formula, but are you really satisfied with fulfilling someone else’s concept? Deciding to be different isn’t the easy route, but it has the potential to ignite something new and fresh. Here are some ways I see pizzerias succeed in being unique:

Break the rules. The big trend right now is the quest for “authenticity.” Everybody thinks they’re making a quality product just because they’ve imported flour, mozzarella di bufala, tomatoes and even ovens directly from Naples. Sure you can make a great pie with those ingredients, but blindly adhering to a list of directives can stifle creativity by taking you out of the equation. Some of my favorite pizzerias right now are the ones that do something nobody else tries to do. Paulie Gee’s had a pizza with cherries and honey, something you won’t find in Naples. It’s incredible and sometimes I go there just to get it. Then there’s Speedy Romeo, my new favorite neighborhood spot that created a modification of a St. Louis-style pizza that represents the city’s only user of Provel cheese. These places are great and garner a lot of attention for being different.

Stay focused. I love it when I walk into a pizzeria and immediately sense a singular vibe. The music matches the décor matches the staff matches the food and I’m instantly transported into a new world. The most unique pizzerias design their atmosphere with intention rather than trying to be something for everyone. Roberta’s in Brooklyn does this easily because the owners are peers of their clientele. Every decision was made with a common purpose and design goal and that comes across effortlessly. Even the quirky pizza names (Charles in Chard, Fennel Frontier) are on point with the restaurant’s focused image.

Be yourself. I recently met a prospective restaurateur who was training at a pizzeria in New York. He’s a real unique guy with lots of character, so I was disheartened when he showed me a list of potential restaurant names. Most were typical Italian references but he wasn’t planning on making 100-percent typical Neapolitan pizza. I urged him to stick with something that represented his personality because he would never have to explain the name to anybody if it fit his personal style as owner-operator-pizzaiolo. It’s impossible to stick out from the crowd when you’re masking yourself with camouflage.

There’s nothing inherently wrong with following a proven model, but I get so much more excited when pizzerias push the envelope. Some folks are afraid of being too different because it might confuse the customer base, but the best way to stay out of the middle of the road is by steering more dangerously.