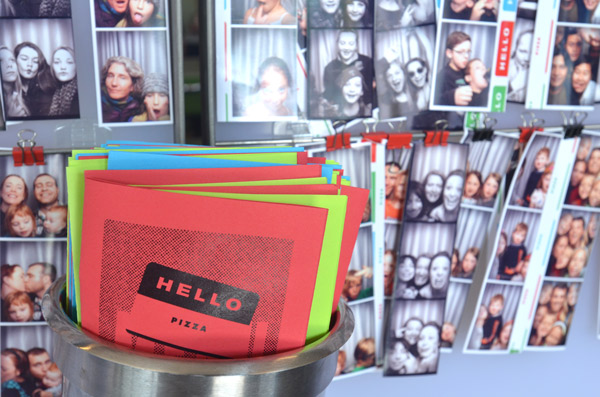 Man on the Street: Converting your customers into fans

Man on the Street: Converting your customers into fans

Think of your favorite sports team. When they’re playing a big game, you get excited. When they win, you take it as a personal victory. When someone speaks badly about their players, you spring to their defense. As a fan, you are an engine of the sports business. In much the same way, your customers are the engines of your pizzeria. While most of your customers simply buy your food, you probably have a dedicated sect that considers themselves fans. Lately I’ve noticed how pizzerias are converting their customers into legions of active fans, armed with tools to voluntarily market on behalf of the restaurants they love.

Anybody who has ever spent time at or near Fordham University in the Bronx knows Pugsley Pizza. It’s an off-campus hangout that gets more action than the university’s actual student center and feels more like a dolled-up living room than a restaurant. At the helm are husband and wife duo Sal and Pina, who treat everyone who walks through their door as the most important person in the room. I’m sure you treat your customers well, but Sal and Pina goes so far as to name menu items after theirs. Handmade signs adorn the counter, advertising specials like The Elisa (one cheese slice, garlic knots, medium side of sauce for $5.99) and The Richie (one cheese slice, one chicken roll, large fountain soda for $6.99). It’s the goal of every Fordham student to lend his or her name to a special. All it takes is a piece of paper and a marker to make someone’s dream come true by including them in the fabric of Pugsley’s.

Pete & Elda’s in Neptune, New Jersey, has a more direct way of helping their customers cross into the realm of fandom. They have a special that rewards customers with a free t-shirt if they can finish a XXL 18-inch pizza all by themselves. The pizza is priced at $16.50, with the cost of a t-shirt already built in. The idea is not to make a difficult challenge but to send customers home with wearable billboards. Shirt designs change every few weeks, so there’s a serious incentive to come back for new editions. The pizzeria recently debuted their 195th t-shirt design and has sold out of all 200,000 shirts printed to date.

One of the strongest bonds I’ve seen between pizzeria and customer doesn’t require signs or t-shirts. Brooklyn’s Paulie Gee’s has cultivated some of the most dedicated fans over its mere six years in business. Paul Gianonne walks from table to table to ask how guests are enjoying their pizza. The act in itself isn’t revolutionary, but the depth to which Paulie engages his customers helps them make the leap into fandom. When he engages customers about their hometowns, favorite music, and other pizzerias, they get a glimpse into how deeply he cares without having to hear it out loud. In one online review, a customer raves about how Paulie offered to personally curate his group’s entire order. Their review ends with a line that really sums up their entire experience: “I’m going to run for vice president of the Paulie Gee fanclub.” Is there any better marketing than an unsolicited endorsement like that?

Think of your favorite pizzeria (not including the one you operate). When someone says they want to check it out, you encourage them. When they’re named on a list of top pizzerias, you take it as a personal victory. When someone complains about a bad experience, you suggest they give it another try. Customers buy food but fans proselytize about it. That’s not the kind of advertising that can be bought, but it’s clearly the most valuable. Think about what you can do to convert your customers into fans so you can help them help your business.