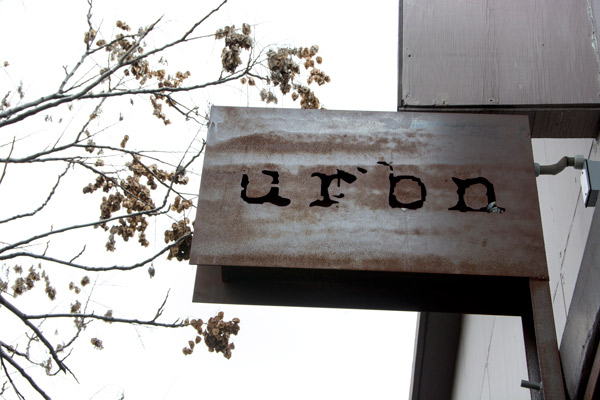 From New Haven to San Diego

Growing up in suburban New Haven, Connecticut, Jon Mangini says pizza was just a part of life. “Everybody worked in a pizza place,” he says. “I was surrounded by it.”

When he moved to San Diego, California, 12 years ago, Mangini says he knew he wanted to do something with pizza.

After spending much of his career in front-of-house management in high-end bar and fine-dining establishments, Mangini created a concept that blended nightlife and pizza in downtown San Diego’s reemerging East Village. BASIC Urban Kitchen + Bar opened in 2006 with high praise for its pizza and bar scene. Mangini had worked with friends from Connecticut to develop a signature New Haven-style pie in BASIC’s gas-fired brick oven.

Mangini looked to expand beyond BASIC’s nightlife component. “I wanted to do something that was really focused more towards coal-fired pizza,” he says. “So that is how I started URBN.” A spin-off of the BASIC concept, the first URBN opened in 2008 in Vista, a small community north of San Diego. Since then, URBN has grown to four units in the San Diego area. While Vista took some time to get off the ground, he says, the other locations found their rhythm quickly.

Pizza Today sat down with Mangini at URBN’s North Park location in January to go in-depth into the pizza operation. Opened in 2010, North Park is the third URBN pizzeria to launch in the San Diego area. Indicative of the name, the pizzeria is a hip, modern space with a mix of wood, metal and concrete and industrial fixtures and lighting. The location’s footprint is nearly 5,000 square feet and offers various seating, from communal and bar to four top and even lounge.

Not all URBN locations share the same spacious layout. “I have two different concepts,” he says. “One of them is a larger, full bar, and the other is smaller with beer and wine.”

The URBN concept works in all of its markets, Mangini says. With each location, he says: “We tweak it a little bit.” Menus vary as well as type of service — table or counter. “What it comes down to is they have the same feel,” he says, adding that they have to have the simple, urban style. Each URBN is adjusted to fit the type of community it serves, whether it’s the small beach community of Encinitas, the suburban El Cajon area or the hip, North Park neighborhood.

While BASIC has high tourist traffic, the three other locations concentrate on drawing from the neighborhoods and communities that surround them. “I try to hire a staff that their main job is to cater to the locals and just say, ‘yes,’” Mangini says, adding that the relaxed company culture results in happy employees that resonate well to the guests.

URBN’s success rests on a core philosophy. “We just keep it simple, keep it down-and-dirty, keep it basic, instead of trying too hard,” Mangini says.

Simplicity starts with URBN’s menu. It’s short and sweet — pizzas, salads, a few appetizers and desserts; but, offerings are based on the limitations of each location’s kitchen. Smaller locations do pizzas and salads, while the larger North Park URBN has a few more selections, like wings, a cheese and meat board and meatballs.

True to the New Haven style, URBN pizzas are oblong. “Whatever they come out to be is what they are,” Mangini says. The clam pie is a favorite. The Sausage + Peppers has also made a name for itself. It’s a red pie with cherry peppers, Gorgonzola and fresh mozzarella. The Mashed Potato is beloved and starts with a white base with fresh mozzarella, bacon and Parmesan. The decadent S’More Pizza has a cinnamon and sugar spiced dough, topped with chocolate and marshmallows and served with whipped frosting.

Mangini goes to great lengths to maintain product quality. “The difference is pizza is a little bit of an art form,” he says. “There are so many different factors.” He limits some of the variables by making all of URBN’s dough daily at the North Park location and delivering it to the other locations. He also ships in the anthracite coal from Pennsylvania and some of his products, like cheese and soda, from Connecticut.

Even with only street parking at most of the URBN locations, carryout can still make up 30 percent of food sales. URBN does not deliver.

Mangini used to run the multiple-unit operation himself, but today he relies on a director of operations and a food-quality director to help him keep each store up to URBN standards. “For awhile, that was me and I was killing myself,” he says. “Now I can focus on what I really enjoy, which is looking at new locations.”

Mangini has a knack for site selection, finding those just off the beaten path buildings in developing areas. He’s constantly scouting new spaces that have that URBN feel. “I don’t know if that location is going to be in San Diego, Orange County or Colorado,” he says. “I’m looking for one of two properties: one on the larger scale, like 3,500 to 5,000 (square feet), or I’m looking for something between 2,000 to 3,000 (square feet) that would be more of a satellite. But either way, it’s got to be in a cool neighborhood. It has to have the look to it.”