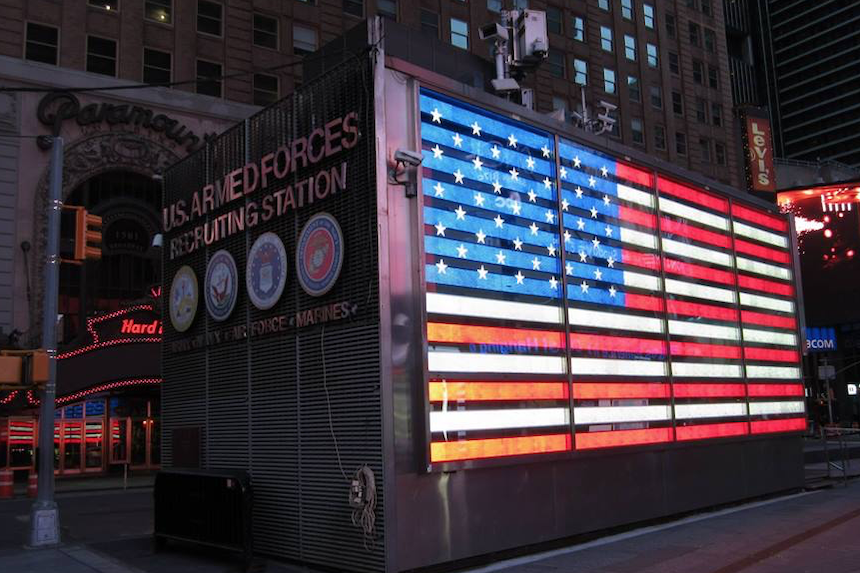 Mike’s Monthly Tip: The Few and the Proud Employees

Mike’s Monthly Tip: The Few and the Proud Employees

Acquiring talent has never been more challenging than it is today. Developing solid, dependable employees is currently extremely hard. It’s not too dissimilar to how hard it was to recruit enlisted service members after the Vietnam War. After removing the draft, there weren’t many willing participants who wanted to sign up to enlist. The value proposition was seemingly non-existent, and recruiters were taking anyone they could get.

My dad, Art Bausch, ran into this issue as a Marine Recruiter. Art is a Retired Lieutenant Colonel Marine Corps Officer who fought in Vietnam and changed how recruiting was done. He ran New York Recruiting from 1977-1981. He was in charge of multiple sites, including the Times Square recruiting station. Side note: He’s the reason it’s still there today. It’s the building in the center of Times Square with the neon American Flag on the side of it. The city wanted to take it back from the military, and my dad, along with Mayor Ed Koch, agreed it was a symbol that should remain in the heart of NY. This is where my dad would bring potential recruits to.

The marketing tagline “The Few and the Proud” was born from Art’s overhaul approach to Marine Corps recruiting. Instead of trying to get as many people to enlist, he sought to get the best people who could graduate. He changed the success metric from how many bodies were recruited to how many Marines successfully graduated boot camp.

To do this, he went after high-minded kids who were looking for direction. Art wanted people who wanted something more out of life. He asked them goal-oriented questions about what they wanted to achieve. The right answers were to go to college, gain skills or prove their worth to their family. When a potential recruit said these things, Art showed how the Marine Corps would help on this path and provide them direction. Applying this mindset to acquiring talent relates a lot to our current situation of hiring. Applicants need to feel and know that working for you is the righteous path in their journey, not just a pit stop along the way.

That’s not easy to convey. It’s never been quicker for an applicant to apply to multiple restaurants with little to no thought. Now anyone can go online and apply as many times as they want to as many restaurants as possible in minutes.

So how do you stand out and get great talent? First and foremost, don’t beg for talent. Show off how your restaurant brings business skills and a sense of purpose in your description. Go after staff that is high minded, and make them feel like absolute gold, so they get their other like-minded friends to come work for you as well. Incentivize them with bonuses for staff members that last more than three months that they recruit themselves. Give graduating staff members a swag bag upon completion of training. Also give a Golden Ticket to eat for free at the restaurant one time with their family. Pour on the warm and fuzzy feeling of completing your training. Make your training all-encompassing so that it takes effort. Make it so that completion means they accomplished something.

Make your interview process an exclusive call to action rather than a desperate cry for help. Don’t write, “now hiring” or “help wanted” ever. Instead, “Now accepting applications” or “We’re in need of more great people because we’re in demand.” The application and interview process must convey this is a team environment that pushes everyone. An environment that authentically makes real food, if you are into that, we have the home for you. Also, follow up on the promise.

These calls to actions elicit a response from your ideal candidate. A few ideal candidates is preferable to many failed candidates. “The few and the proud” isn’t the type of perfect tagline that comes along every day, but it is what you want them to be. You want your staff to be proud of where they work. You want the best, so go after the best, and make the best feel like gold. Do this, and you will attain a staff you can be proud of.