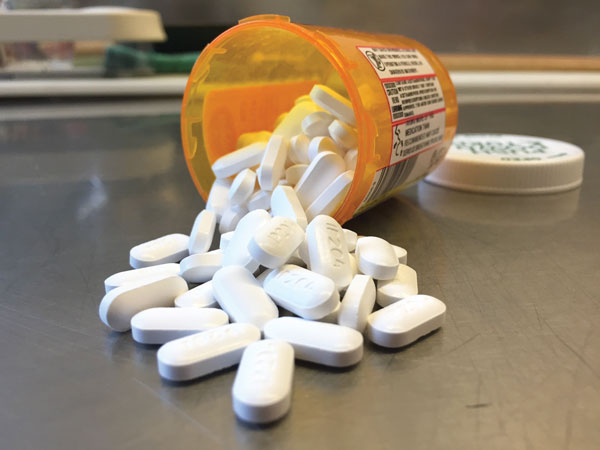 Employee drug testing is a hot button for many pizza restaurant operators. Most of the concern revolves around post-hire drug testing; pre-hire screening is typically more straightforward. Although laws vary by state — even by municipality — usually all operators must do to avoid discrimination charges is to make pre-hire screening a final part of the hiring process, create a broad policy and apply it consistently. Post-hire testing, however, ups the legal risk.

“The problems usually boil down to unfairness and violation of privacy — both of which can trigger numerous causes of action,” explains R. Scott Oswald, managing principal of The Employment Law Group, P.C. Headquartered in D.C., the firm represents employees in disputes and negotiations.

Oswald says these can include complaints springing from an employee fired because of a positive drug test but who can argue convincingly the test was a pretext for what was actually a discriminatory/retaliatory firing, or from one who perceives monitored urination as a form of sexual harassment.

There are three categories of post-hire drug testing: post-accident; random and reasonable suspicion, says Todd Wulffson, attorney and partner with Carothers DiSante & Freudenberger LLP, an employment and labor law firm in Irvine, California, representing employers only. Again, the laws around each vary significantly by state/municipality.

Consider post-accident testing. Many states allow this only if there’s reasonable suspicion the employee’s condition contributed to the accident, Wulffson explains. However, says Denver-based Danielle Urban, attorney and partner with Fisher & Phillips, a labor and employment law firm headquartered in Atlanta, other states allow post-accident testing after any accident.

Random drug testing can be a minefield. “In most states you can random drug test, but to avoid legal issues, employers can test a certain percent of employees, all employees, or limit the testing to specific positions,” says Urban. Employers cannot pick on just certain employees; all those qualifying for random screening — like delivery drivers, for example — must at some point be screened. The best strategy for avoiding charges of discrimination/harassment? Have an outside agency do the selection, she says.

However, Wulffson says, although federal law allows random testing everywhere for certain occupations — think airline pilots or interstate truck drivers — many states don’t allow it, except for employees in safety-sensitive positions (according to Urban, many states haven’t defined “safety sensitive,” so this can be problematic).

“But in some states, the requirements are so high they’re easy to violate,” Wulffson says. “My thought is no employer should do random testing without legal counsel.”

Drug testing based on reasonable suspicion that an employee is under the influence works everywhere, says Wulffson. Still, employers must take care. A designated employee should be trained to make the assessment — and be able to do so without violating medical privacy laws — that someone needs to be tested, he says. This should be the same person every time (per shift).

Employers should establish a relationship with a qualified testing facility (some states require using state-licensed labs, says Oswald). The employee should be driven there by another employee to ensure the person actually goes. Plus, someone thought to be under the influence shouldn’t be driving, says Wulffson.

Medical marijuana has thrown a curve into drug-testing, says Urban. “Some states don’t protect the right to use medical marijuana, so employers are free to have a zero-tolerance policy,” she says. “If post-accident or random drug testing reveals the presence of marijuana — and the person must have a medical-marijuana card — he can still be fired, even if he had smoked days earlier.”

However, in other states employers can’t make testing positive for medical marijuana grounds for firing, unless the employee is in a safety-sensitive position, or shows up impaired, or smokes/consumes it while on the job, Urban says, adding that she knows of no state protecting recreational marijuana use. (Testing positive for medical marijuana in these states also wouldn’t necessarily be grounds for rescinding a job offer, unless for safety-sensitive positions.)

Wulffson advises all employers to have a policy defining medical marijuana as an illegal drug — “It’s a violation of federal law everywhere,” he explains — explicitly stating employees cannot possess it or use it on the job, or arrive to work under the influence and that if they do so they’ll be fired. This policy should additionally state that the improper use of prescription drugs or OTC medications won’t be tolerated.

Oswald says employers should always seek counsel before implementing any screening program to ensure it’s reasonable and legal. The plan published by the Substance Abuse and Mental Health Services Administration (SAMHSA) is one many employers follow, he says.

Wulffson believes it’s in employers’ best interests to have a drug-testing policy in place. “Without this, you can’t test at all,” he explains. “And it needs to be zero tolerance. If an employee is under the influence at work, you need to fire him.”

Dr. Indra Cidambi, medical director/founder of the Center for Network Therapy, a Middlesex, New Jersey, outpatient drug program, says the food service industry has among the highest rate of illicit drug use. A factor is the stressful nature of the job, which can encourage self-medicating/drug abuse, says Cidambi. Restaurant operators/managers can lessen the likelihood of this happening by:

What not to do? “Don’t turn a blind eye to a problem or condone the behavior,” Cidambi says. “You cannot be a part of it. And don’t worry about the consequences of forcefully addressing the problem.” By failing to do so, restaurant operators are potentially placing other employees, customers and even their business at risk, she says.

Pamela Mills-Senn  is a freelancer specializing in writing on topics of interest to all manner of businesses. She is based in Long Beach, California.