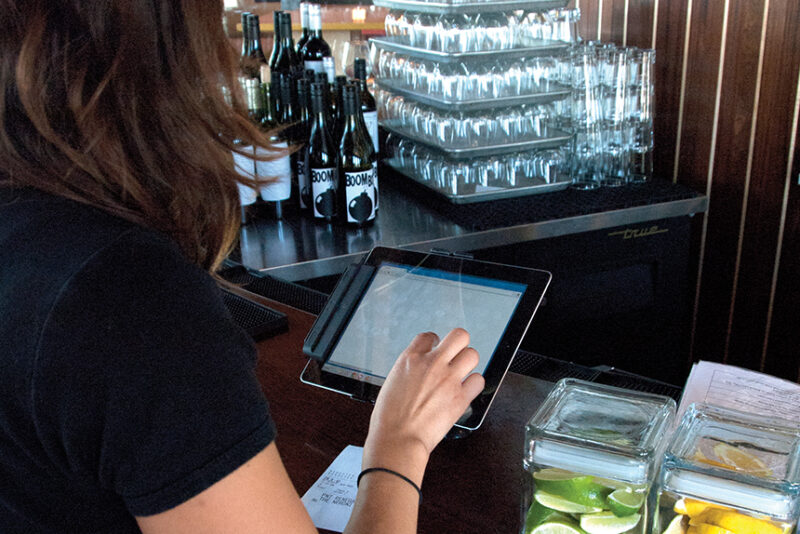 Restaurant Sales Reports That Give You Money

Restaurant Sales Reports That Give You Money

Work smarter to get to the next level

Sales reporting is fundamental to business. Reporting is essential to making informed decisions about your restaurant. Not having a Point of Sale producing real-time reports is akin to letting a ship float without a captain while still hoping to arrive at the intended destination. Let’s get into the basics of what you should be looking at, along with next-level tips on viewing reports smarter.

The Z report is your most superficial and all-encompassing report. If you stop there, you’re doing yourself and your company of massive disservice. This report typically shows sales, labor and group sales summary for each menu category — also, info about your credit card tips versus cash sales and tips. Bear in mind, this report could be glaringly wrong if data is incorrect, and no one audits the source data. That means, if wages, menu prices or clocked hours aren’t attended to daily, it will be a phony report. For example, you’ll see a false total if no manager pay is factored into the labor percentage. This report has some standard operational awareness, but it should not determine everything you do. It’s just the wrapping paper.

The product mix report is very important, especially when it comes time to determine what should be on your menu and what should not. I like to place items under five percent of revenue on the chopping block from the menu. They might return as a special, but this report lets me know what’s selling and what’s not. You might think you know, but if you have a soft spot in your heart for a menu item, it might blind you to keep it even when it’s not performing. If you choose to keep it, market it better, but the P-Mix lets you know you have an issue. A modified product mix by server report is a great way to see which servers are selling which products. Not all POS systems do this well, but it’s a great tool to understand who on staff is performing in suggestive selling.

The payroll report is the easiest to screw up and end up costing you thousands. The payroll report should be done and evaluated daily, not weekly, not biweekly, not every payroll, but every day. Daily audits must be common practice to catch mistakes that are straight-up real cash. Miss a day, you miss a few hours of pay to an employee, and you are either losing money or denying someone money for their work.

If no one checks the daily payroll, you’ll see long periods without a break. Someone who worked a double with a three-hour break might not show a clock out time, or if they’re sneaky, they clock out and immediately clock back in to trick the system. Things like this will go unnoticed if not looked at daily. If one person looks at the report in a rush on payroll day every two weeks, it will rarely get caught. Also, to investigate each suspected clock in will require an interview with a manager, the employee and checking cameras. It’s way easier to just do it daily.

Abusing manager codes is also a massive issue. It starts with one server using the manager code to approve something small and grows into theft. Even with a biometric fingerprint sensor, there’s always a fallback code that lends itself to fraud. If you’re not checking daily, you’re tempting the staff to pull a fast one on you. And then, assuming you catch them, you’ll have to fire that employee. Daily checks limit temptation, which increases retention.

Ideally, your payroll report should sync with your scheduler to see a variance report of your payroll. That means comparing your projected budgeted scheduled vs what actually occurred. This necessitates your POS and Scheduler are compatible technologies. If you scheduled Joe to work from 9 a.m.-3 p.m., but he showed up at 8:30 a.m. and left at 3:37 p.m., your variance report would show that overage. At that point, you could investigate if the issue is an employee gaming the schedule, a manager that doesn’t pay attention or a genuine need to keep staff past projected and scheduled hours. Suppose there’s a legitimate reason, great. But if he’s gaming the clock, you’ll then understand why your theoretical labor does not match your actual labor and why your projections are off and you’re over on payroll. When time theft is done by multiple people across multiple days in a payroll period, it adds up to thousands.

Comps and voids should have a reason for it, not just “angry customer,” but an exact reason like “ Customer Simpson pizza was burned.” These must be seen and evaluated every day. Every deviation from the set menu price must be traceable. Who voided the item and why? What was the reason for the comped meal? Where is the coupon, or what code was used to trace the discount source? Then staple the coupons to the report, note the codes, and have a pathway to seeing everything that came in.

Staff must be expected to prove just cause for every discount, or YOU WILL HAVE THEFT! Employees will learn a manager’s POS code and void food items of good tipping customers and give their friends free food. It will 100 percent happen without oversight of reports to ask questions. They’re not bad people; they’re just naive to business and think your restaurant is also theirs to give away.

This is a straightforward report of every time someone opened the drawer without a sale. Opening the drawer should not happen that often in a restaurant for no reason. Five no-sale drawer opens in a day by the same manager is possibly normal. If you have 15 in a day done by multiple people, you have theft. You must look on camera and say, why does this server keep opening the drawer, and why do they have access?

A report is only as valuable as the number of people who see and act on it. Genuine oversight means not just one manager but multiple managers, ownership and a bookkeeper. Anyone responsible for your company’s sales growth must view all these reports.

For protocol, take all the receipts and put them in with the reports so another person can quickly evaluate them. Whether wrapped in a rubber band, stapled or put in a folder, they should be printed out and sent somewhere for review. You should not stay purely digital, and no, you cannot throw credit card receipts in the trash. They must be accessible for three years. Not only for chargebacks, but legally that’s the expectation.

If you have different point of sale systems with multiple stores, this gets extraneously difficult to manage all the spinning plates. I suggest going all-in on one POS system, learning as much as you can about it. And choose a cloud-based POS to manage multiple stores easily. You need paper to write notes and approve coupons, but digital is much easier to trace in the long run. If you are just a single unit, I still suggest using cloud systems, so the POS grows with you rather than against you.

Having a superficial awareness of your reports is dangerous. The goal is to have a detailed, analytical situational awareness to spot an anomaly easily. By anomaly, I mean, if you were walking into your restaurant and without looking up, you could tell a light is out because it’s slightly dimmer than it usually is in one corner of the room because you’re so functionally aware of that room, that’s situational awareness. We all have that for our restaurant, we need to have it for our numbers.

If you see way more coupons for something than you did the last week, it’ll stick out to you. Suppose you see very, very low alcohol sales for one server, comparatively. In that case, you’ll either know that they’re horrible at selling, or they’re stealing alcohol by not charging it to the customer. This sixth sense happens when you expertly review reports daily on a professional level.

MIKE BAUSCH is the owner of Andolini’s Pizzeria in Tulsa, Oklahoma.