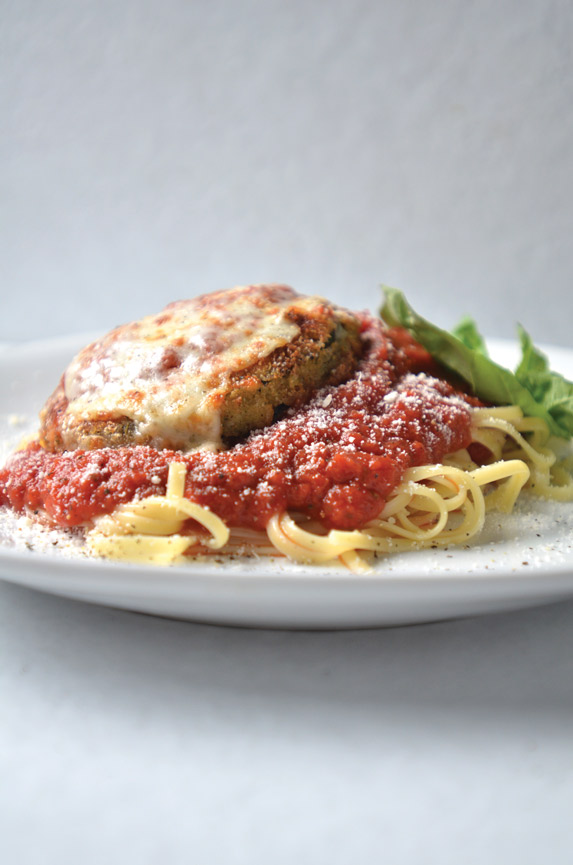 Eggplant Parmesan is hit with both diners and the bottom line, so use the classic dish for inspiration

A few friends of mine recently gave me the same answers when I asked them which of their menu dishes were the most profitable. Among the favorites? Eggplant Parmesan. If you’re going beyond pizza with your lineup and are offering entrees, this is a great item with which to start.

Begin by using eggplants that are heavy for their size. They’ll have a better texture. Another thing to keep in mind is that you’re going to need to take measures to prevent the eggplant from becoming too watery and from soaking up too much oil. After you slice the eggplant, salt it and let it sit about an hour. This will keep you in good stead as you prepare the dish.

Here’s a classic recipe you can experiment with in your kitchen.

The ingredients also translate well to pizza, however. Since eggplant is readily available year ‘round, this pan pizza might serve you well as a limited-time special this winter.

Lastly, you’ll also want to take advantage of eggplant’s versatility by using it in a pasta dish or two. Remember the time-tested rule of not bringing in an ingredient unless you can use it in a minimum of three dishes? You won’t have to worry about coming up with plenty of ways to menu eggplant. See two recipes below that are quite tasty.

Jeremy White  is the editor-in-chief of Pizza Today.