New York City has long been a city of slices. While other locales thrive on either dine-in or takeout, NYC’s pedestrian culture has led to a tradition of consuming individual slices (of cheese pizza) on-the-go. Just over a decade ago, in the wake of the near collapse of the financial industry, a caricature of the New York slice emerged. Bare bones slice shops popped up in areas with high foot traffic, promising hot cheesy slabs on paper plates for just a buck. Their margins were super low, but high sales volume made up for it. These pizzerias presented a business model that worked great with predictable sales and expenses, but recent economic changes clearly point to the end of the dollar slice genre.

Before I get into all the reasons the reign of the dollar slice is coming to an end, I should first mention that these pizzerias were never built to last. Once your rent goes up, the margins fly out the window. Since most NYC leases last for 10 years (with five-year extension options), the runway was clear from the start. That’s the primary reason we’re seeing dollar slice shops close their doors. 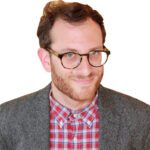 Of course, these dollar slice shops are dealing with the same ingredient cost increases as everybody else across the country. It wouldn’t be such a big deal if sales volume increased to cover the difference, but the pandemic completely gutted foot traffic on the streets in areas with lots of offices because so many companies are still working remotely.

It’s pretty clear which shops knew the end would come and which ones were oblivious. The pizzerias with names that specifically reference their pricing (99 Cent Fresh Pizza, 99 Cent Express, $1 Slice, etc.) were doomed from the start. Tying your restaurant’s identity to price doesn’t leave much wiggle room. Now these places are in the uncomfortable position of having a name that promises one price and a menu that reveals another. I always get a laugh out of seeing dollar slice shops with big signs that say “$1.50 slice.”

The smarter shops have names that don’t lean into pricing. There are at least nine locations of 2 Bros. Pizza, and they started upping their prices even before the pandemic. The folks behind 2 Bros. Pizza even had the foresight to launch two additional brands selling market price slices. One called Upside, and another called Norm’s, because they knew the dollar slice model was temporary.

I’m not upset about the loss of these dollar slice shops. While I do love the fact that a city with such a high cost of living still has affordable food options, I’ve always thought of the dollar slice shops as doing a disservice to New York pizza. They’ve devalued the New York slice by lowering consumer expectations. We already have the big delivery chains for convenience and pricing, so the dollar slice trend only confused the public with regards to what to expect from slice shops. I often get people on pizza tours who use the term dollar slice to refer to all by-the-slice pizzerias. It’s offensive.

For the consumer, a high-quality New York slice is still the affordable and delicious solution for on-the-go dining. According to Food & Wine, the average slice price in NYC is just $3.14, which is lower than the national average! We’re even experiencing somewhat of a renaissance of excellent slice shops with newcomers like Lucia, Scarr’s, L’industrie, and Upside garnering national attention. In a way, the loss of the dollar slice is a good thing for the identity of the sacred New York slice.