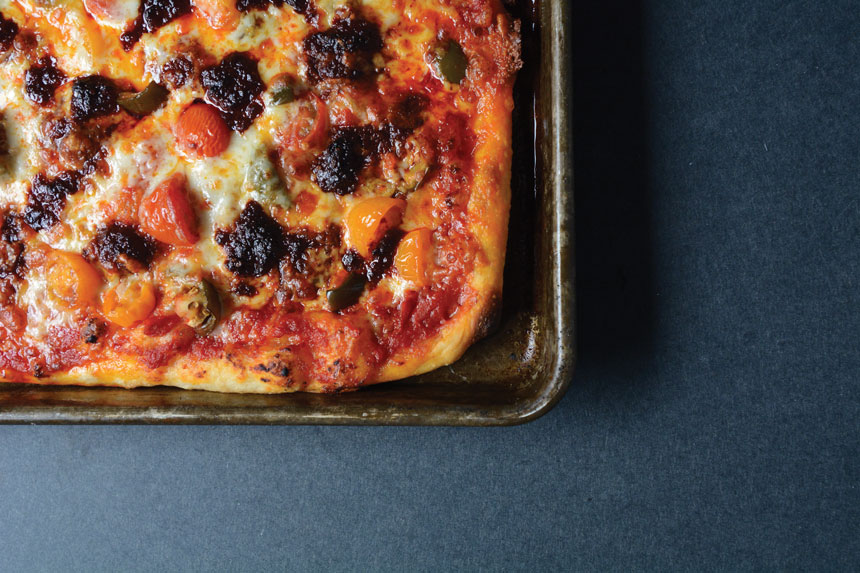 ‘Nduja brings something different to the table

The first time I had ‘Nduja, I was hesitant but curious. I was visiting a tiny independent pizzeria in the mountains of northern Arizona and spotted the kitchen staff working with the spicy, spreadable salumi. The seasoned pork had a strange color, but an appealing texture and flavor. It was being used on a toasted, crusty bread as an appetizer that was part of a larger platter with various olives, cheeses and cured meats. It was new to me and I was intrigued, if not smitten.

Several years later ‘Nduja enjoyed a boost in popularity in some big-city heavy hitter restaurants. As I noticed more and more foodies getting turned on to the meat spread they couldn’t pronounce, I chuckled as I recalled how ahead of the curve this pizzeria happened to be simply by hearkening back to something old.

In the interim, other pizzerias began picking up on the trend. While it isn’t an item you find in a large percentage of American pizzerias, its usage and popularity are growing. I see ‘Nduja on menus from San Francisco to New York, with plenty of stops in between. And while I tend to come across it in a starter form a lot, it certainly can bring depth to a pizza menu.

As a lover of Calabrian peppers, it’s no wonder I’m drawn to ‘Nduja. The spread, which originated in the Calabria region, is at its best thanks to the spice imparted by the chilies. It’s simple enough to make the product yourself if you want to invest the time. Otherwise, just source one you really like and move on. You aren’t going to purchase in large quantities here: this is a specialty ingredient that you’ll most likely use on a limited time dish.

We recently had the opportunity to play around with ‘Nduja in the Pizza Today test kitchen as we prepared for the issue of the magazine you’re now holding in your hands. We tried it several different ways, but quickly discovered — big shock — that we liked it best on pizza! Give this one a try in your kitchen and see how it goes. It just might make for a fun specialty pizza that gives your staff and customer base a slight break from the norm.

Get the ‘Nduja Pizza recipe.