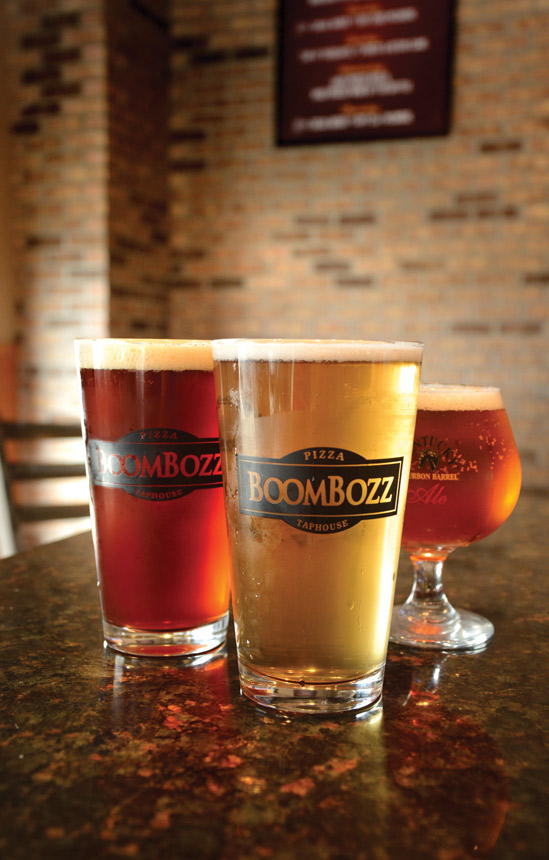 On Tap: Doing it Right

On Tap: Doing it Right

Over the past months I’ve written a lot about why you should be selling craft beer, what you need to do in order to successfully sell craft beer and how to price your craft beer. Some pizza guys and pizza gals have been selling craft beer for a while now, and they are doing it right! Over the next several months I’m going to sprinkle in some “On Tap” articles about pizza restaurants that understand the importance and the bottom line profitability of selling craft beer.

Tony Palombino is one of those pizza guys that has been doing craft beer right for a long time.

His BoomBozz Craft Pizza & Tap House businesses are located in Louisville, Kentucky, Indianapolis, Indiana and Jeffersonville, Indiana. While BoomBozz Pizza has been around since 1998, Tony’s Highlands Tap House concept is relatively new. He created it out of his desire to marry the great taste of his pizza with a pub-type atmosphere where someone can sit and enjoy the taste of a great, cold, delicious beer. He has 21 taps at his BoomBozz Pizza and Tap House Highlands Location. Thirty percent of overall sales come from the bar. Beer makes up 22 percent of bar sales. Craft beer is one of the biggest profit centers at the location, which runs through 12 kegs weekly.

This location offers beer via 12-ounce glasses for higher ABV brews. Pint glasses, 23-ounce pilsner glasses and flights are used for everything else. Tony also carries various beers in bottles and cans, as well. The spot even fills growlers and howlers for customers.

Staff education is crucial to Tony. When a customer asks for a specific style of beer, he wants his staff to know exactly which beers on tap are the style that the customer is looking for.

In every pre-shift meeting, his staff discusses new beers that they’ve recently tapped. Tony’s service staff is armed with food pairing suggestions, to help guide their customers to the perfect craft beer to enjoy with whichever of Boombozz’s various tasty culinary dishes they choose to eat. Tony’s staff is well trained and they focus on craft beer during new hire training.

Another important step is that Tony and his team clean their beer lines on a regular basis to ensure that their customers always get a great tasting beer that is served just like the brewer intended. They also perform routine maintenance like skilled professionals, making sure that everything with their draft systems is working at craft beer perfection.

For the past 18 months, Tony says that he has seen popularity grow for craft beers brewed locally. Furthermore, the support system and marketing that he has received from local breweries has been amazing. Tony knows that his consumers are truly loving local beer. His BoomBozz Tap House restaurants offer a large selection of beers, including local and seasonal brews when available. Even the most critical beer advocate is sure to find the perfect brew to enjoy while eating with them. BoomBozz is definitely doing it right!