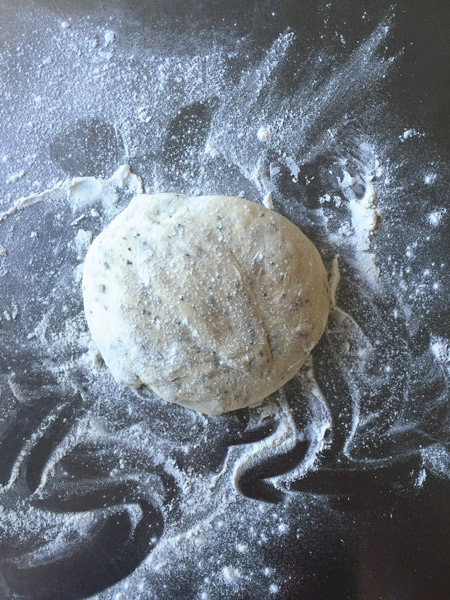 Can a new dough net you new customer loyalty?

The Belgian purity rules as they pertain to beer are very simple: all beer must be made with only water, hops and barley. With that said, there are a million ways to make different-tasting beers under those stringent standards. And, today, the beer brewing community has gone on to create amazing variations with added ingredients from chocolate and honey to Sriracha and ginger. That forward movement is accepted and encouraged in beer, but pizza makers have been less inclined toward dough experimentation. Frankly, it’s holding us back. Take your basic dough recipe of flour, yeast, water, salt and — in most American recipes — olive oil. At Andolini’s, we’ve created a ton of variations with just those ingredients using different flours, varied fermentations and processes.

We’re not saying American pizza makers are holding back on getting crazy with pizza inventiveness, it’s just that by and large when a pizzeria innovates, they typically do it via the toppings.

Now why is that? Why is it uncommon to see a basic pizzeria, one willing to do an “everything pizza,” unwilling to make the leap into a beer dough or a honey and rosemary dough? The biggest reason is it’s hard to create an experimental dough and have enough sales of it to justify the expense of labor and product that comes with making a separate specific batch. In fact, if you are making anything more than one dough recipe inside your pizzeria, you would be in the minority.

It takes a lot of R&D to have multiple doughs, so if you’ve found one that works with your recipes and toppings it’s easy to want to count your blessings and call it a day on that front. That’s lazy logic though.

I’ve competed with a beer-based dough in the past at Pizza Expo and learned that it can be a powerful addition to my menu. We used a local beer, Marshall’s Big Jamoke, made down the street from us in Tulsa, Oklahoma. I went out on a limb to be different for the competition, but I’ve learned that what I push myself to do for competition will typically translate into what my brand needs to do in order to stay fresh.

Now, the process I went through to settle on a recipe is something I highly suggest to anyone else looking to be creative with pizza dough. Here are some guiding principles for creating a new dough:

So what’s the point? Why try this at all? My answer to that is brand identity and top-of-mind awareness. There is no call to action for the pizza place with the same five-pizza menu on the tile menu board with the same old clichéd pizzeria standards. That place might be what people say they love because of how dive-y it is, but that style of pizzeria doesn’t create consistent revenue because the menu is stale. It’s the once-a-year place people go to rather than the twice-a-month you need to survive. The phrase you want people saying is, “Let’s go to (your pizzeria name here). They have that new (insert fantastic pizza concept here) pizza that I really want to try. The owner (your name) is way into trying interesting things and I really want to see what (he or she, not discriminating) does with it.”

The big boys of the pizza world have new pizzas all the time to generate this, but instead of being kitschy and soulless, you do you. You, as an independent pizzeria, can use ingenuity and heart to create unique doughs and accompanying ingredients — something people will stand in line to try.

Mike Bausch owns and operates Andolini’s Pizzeria in Oklahoma. He is a frequent speaker and presenter at International Pizza Expo.