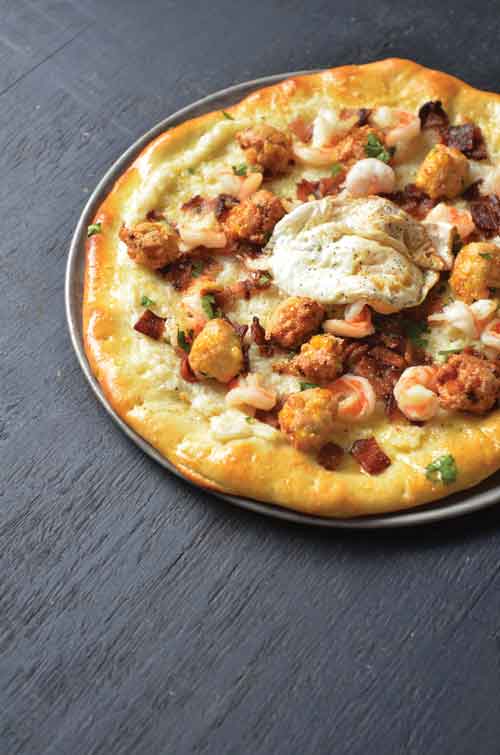 Shrimp blows traditional toppings out of the water 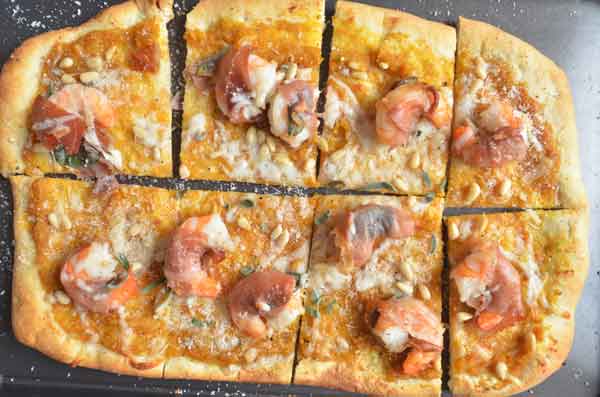 Shrimp Saltimocca Pizza
Get the recipe!

Shrimp can be an asset to your pizzeria by manipulating your menu to accommodate the many seafood lovers in America. Granted, some traditionally inclined people may stick to that old and dry rule of never allowing seafood on a pizza, but those tired culinary fairy tales are being broken like never before by innovative chefs and restaurants who combine shrimp and pizza to blow your mind.

Shrimp has always been popular because of its natural abundance and the ease at which it could be caught using a net. In the fourth century, Plhiloxenus described honey-glazed shrimp as a favorite of the Greek banquets. The Imperial Romans went crazy for “garum” (now called coloratura). It was a sauce of fermented shrimp, anchovy, fish and salt. In the 1500s, when the conquistadors reached the Aztec capital of Tenochtitlan, they marveled at the array of freshwater shrimp wrapped in tortillas with tadpoles, beans and a froth from the lake (now Mexico City) compressed into a type of cheese.

MORE on the Shrimp Saltimbocca Pizza recipe at Pizzatoday.com/more/prawnstars

As a restaurateur, there are many traps, misinformation and just downright “what?” moments when buying, cooking, serving and pricing shrimp. I recently bought a 32-ounce bag of shrimp for $16. When it unfroze, the shrimp weighed 27 ounces even before shelling them! So let’s immerse ourselves in the 1-2-3s of shrimp before buying a whole case and ending up in the drink:

Another option is to use smallish frozen, cooked, peeled and deveined shrimp. They come right out of the freezer and onto the pizza with no waste and they thaw just enough to give any pie a great taste. I also like cutting raw, medium/large shrimp horizontally through the body. This expands 10 shrimp into 20 and affords a tasty shrimp or two on each slice cooking perfectly with a nice curl.

This is quite possibly the best darn pizza I’ve tasted — maybe because the flavors remind me of breakfast on Folly Beach outside Charleston, South Carolina.

<< Get the Carolina Shrimp and Grits Pizza recipe. >>