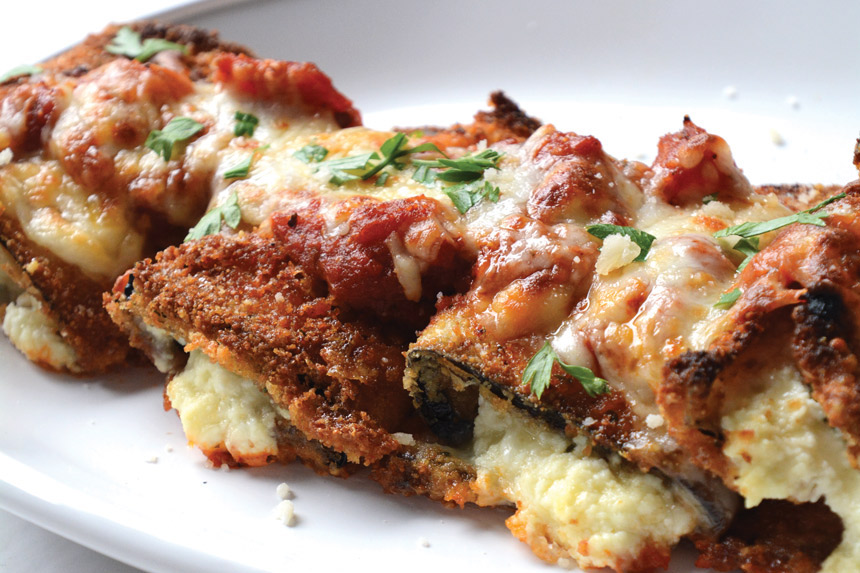 If you think about the products in your kitchen right now, there should already be shredded cheese and sauce. No doubt you’ve got flour, eggs, basil and perhaps bread crumbs. You might even have ricotta on hand. With just a few simple modifications, including adding eggplant to your next produce shipment, and you’ve got the makings of an easy eggplant rollatini that could be your next menu special.

The gentle eggplant is most abundant from July to October, so right now is the best time to source them. While the tougher peel makes it seem like a hearty vegetable, eggplant is actually a derivative of the nightshade plant and is considered a fruit. Still, like tomatoes, they’re most commonly used in savory dishes.

Smaller eggplants are better than their larger counterparts because as an eggplant grows it also gets bitter with time. In the past, chefs have rinsed, dried and salted slices of eggplant to reduce the bitterness; however, the younger (smaller) eggplants often do not require this process (but if the eggplant will be fried, salting helps reduce the amount of oil that soaks into the pieces). The smaller the eggplant, the more tender it may be. If your vendor brings you eggplants that have wrinkled skins or brown spots, send them back. The aging process has already begun. Some recipes also call for peeling of the skin. The eggplant’s skin is where many of antioxidants reside and is also home to fiber, potassium and magnesium.

Eggplant is relatively easy to grow, and its size makes it value friendly. Simple fried eggplant sandwiches use just a thick slice or two, while eggplant rollatini (recipe below) uses three or four. When sliced thinly, an eggplant can produce up to 12 or more pieces.

If your local farmer’s market or produce vendor has given you too much to use, you can freeze eggplant. Though most customers would prefer fresh over frozen, it’s better to freeze what you can’t use rather than to let it go to waste. Cook the eggplant before freezing. Fry first; allow cooling and then carefully portion in single servings between sheets of wax paper.

Vegans and vegetarians love eggplant because it is meaty, thick and easily takes on the flavor of the dish. Consider this hearty Bolognese as a vegan alternative in some of your recipes:

Eggplant Parmesan is made much this same way, but cut the strips of eggplant thicker before frying. Top with proprietary sauce and cheese, and brown. Serve over a bed of angel hair pasta.