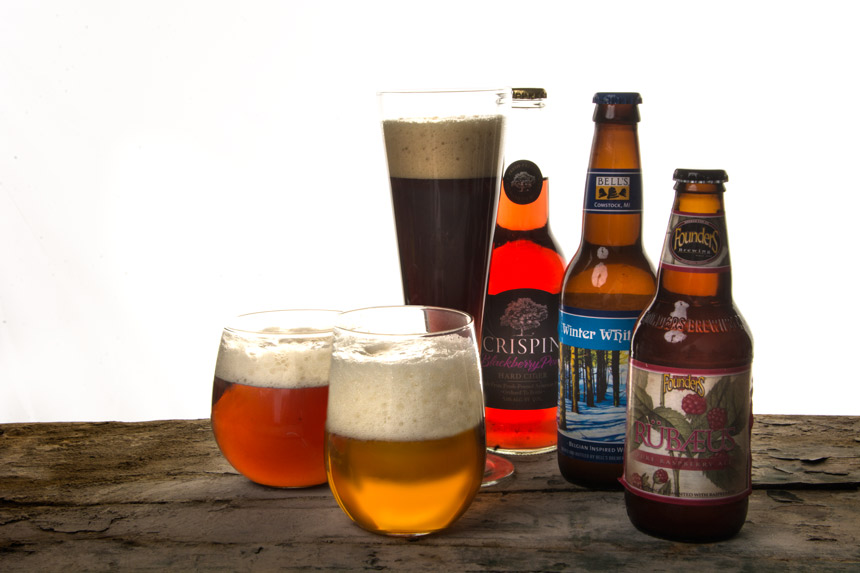 As of the end of November 2016, America has more than 5,000 breweries, 99 percent of which are small and independent craft breweries, according the National Brewers Association. Once you get into styles, there are more than 150 styles to quench beer fans’ thirsts. With so many beer choices, how’s a pizzeria operator to decide what to put on his or her beer list?

We’ve turned to Master Cicerone Pat Fahey for expert advice on creating a dynamic beer list. He works for Chicago-based Cicerone Certification Program, offering preparation and exams to become certified beer servers to advanced and Master Cicerone designation. A cicerone is to beer what a sommelier is to wine.

Let’s start with the basics of what needs to be on your printed, online and social beer menus. “People who are really into beer or know a lot about beer are not necessarily the people who you need to or want to be writing your menu for. It’s going to be a much larger segment of your overall customer base that maybe is interested in trying things but doesn’t necessarily know a lot. Information that you should provide includes:

You can delve a little deeper by providing a brief description on the beer’s flavor profile, and even which pizzas or other dishes pair well with the beer.

Now, let’s get down to the nitty-gritty of what’s on a beer menu. There are some over-arching considerations when creating your list. “Your beer list, like your menu, is an important part of the money-making engine of your business and does in some ways define a portion of your outward image,” Fahey says. “A general rule of concepting: if your menu focuses in a specific way, your beer list should focus towards that specific group.”

First-and-foremost is balance. “My biggest thing when building a beer list is to build a balanced beer list regardless of how many lines you have, in part just to try to appeal to as broad of a swath of customers as you possibly can,” Fahey says.

• Alcohol content. “Make sure you have balanced selection in terms of offering different alcohol levels,” Fahey says. An example? India pale ales are big sellers, but they are also higher in ABV.  So oversaturating your list with IPAs gives little options for customers looking for lower-ABV beers.

• Flavor profile. Though it could also be called styles, Fahey says: “I think it’s easier to look at it in terms of broad groupings of flavors and flavor profiles of beer. So having something that falls in your bitter, hoppy realm — like an American pale ale or an IPA; having something with a roast character to it — like a porter or a stout; having something that is in the light, refreshing area — like a German pilsner or an American blonde ale or Kolsch; and maybe having a light refreshing simple sour — like a Berlierweiss or a Gose. And just trying to populate those various areas of the flavor map obviously is a starting point.”

There are also other factors that you may want to consider for your beer list, including:

• Local. “Local is very exciting and is a big draw for a lot of people,” Fahey says. “You will see some people curate a hyper-local beer list that only draws from the surrounding area. Especially if it ties in with what you are doing with your food, you can go that route.

“But what I usually advocate for is a balance of local, regional and national brands. So balancing size and distribution range of brands is also a good way to work on balancing your list.”

• Rotation. “Rotation is a sticky subject,” Fahey says. “Different people have different opinions about it. Having a little bit of in-out flexibility is definitely a good thing. Some of the better bars that I go to that I enjoy usually tend to rotate 50 percent of their lines. So they will have a core of beers that will always be on — things that are very popular with their clientele or known for carrying.”

Now that you have a foundation of what goes into planning a good beer list, let’s look at two pizzerias that have become not only pizza destinations, but beer destinations, as well. Pizzeria Paradiso in Washington, D.C. and Hops and Pies in Denver, Colorado have gained regional and national attention for their coveted beer lists.

Pizzeria Paradiso has a wide and extensive beer list, consisting of between a dozen and 18 drafts on tap and nearly 200 bottles and cans at its three locations.

With so many beers offered, what’s the focus on its beer list? Paradiso’s Beverage Director, Josh Fernands, says: “We seek to provide a thoughtful collection of beer from an array of styles, brewed by people who are passionate about their art/profession. While this list is extensive, it is a priority for us to cultivate a list that is approachable to everybody who comes in to our restaurant.”

2. Do we have room for it? For example: if it’s an IPA and I have a surplus of IPAs at the moment, then I won’t pick it up because it will sit too long. IPAs need to stay fresh.​

3. Does this fit the ethos of our beer program as a whole?”

What doesn’t make the list? “Things that do a poor representation of what we feel encompasses the craft beer community or is just not up to snuff as a product,” Fernands says. “We will also leave out beers that don’t fit our ethos. A perfect example of that is a beer that is blatantly using sex to sell and slapping a pin-up girl on their label. It’s not something we will carry.”

Hops and Pie doesn’t pour any of the big American lagers. Instead, Watson focuses on rare and hard-to-find American beers, in addition to a few international selections. The pizzeria offers 22 beers on tap and dozens more in bottles or cans. Another mission is not to run the same beer twice, except for its house beer.

Co-owner Drew Watson outlines his considerations for making Hops and Pie’s list. He says they include:

“1. The beer has to be delicious. There is too much out there that isn’t, and you have to taste the beers and do your research before just buying a keg and throwing it on tap.

“2. Who’s making it? Too many macro breweries are purchasing craft breweries in order to retain their market share. In my mind, if a craft brewery is purchased by ‘Big Beer,’ it’s no longer craft.

“3. Is it the proper time to be pouring it? A 14.5-percent ABV bourbon barrel-aged barley wine may not be coveted by your clientele in the middle of August.”

On a final note, Fahey sums it up best: “All of these things that I throw out there, the big ones, for me, are making sure you have some options in terms of alcohol content and not offering all the same style of beer. But from there experiment and see what works for you and see what makes your customers happy.”