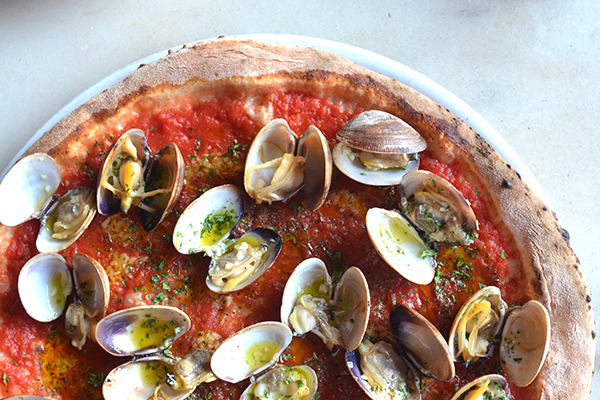 Netflix was started by Marc Randolph and Reed Hastings while they were in job limbo. Not too dissimilar from a COVID limbo of wondering where life would land. They worked for a company that got acquired, and they were getting paid to go to work and do nothing.

They talked about their harebrained idea during each morning drive. The crazy dream of sending DVDs in the mail for rent … and would it even work? They kept arguing and theorizing if it were feasible. Would the DVDs scratch, break, and would the post office send it? What other things might not work?

After going round and round talking about it, it dawned on them to stop thinking and just test it. They made a U-turn and went back into the town of Santa Cruz, where they lived. They bought an envelope and a DVD and went to the Santa Cruz post office to send it in the mail to their own address. When the DVD arrived the next day unscathed, they realized they had something.

The lesson I take from this is theory should be a short-term relationship. It should be followed up by action with new theories and new revisions. You just need to go out and do it. If it sucks, fix it. If you fix it somewhat, but it still needs work, then it’s progressing. So often, a great idea remains just that, an idea. Practically nothing comes out fully formed. Everything needs development, but the fear of having imperfection, the pain of the process leads to no process at all, and no progress.

Whatever crazy harebrained, off-kilter idea you have, it’s time to get it out of your head and put it into practice. Turn it from a dream into a goal, because a goal has a definable path to success. A dream stays as only that until it becomes a goal. Dreams live in your brain, not in your hand — because a dream alone isn’t reality.

If you still have yet to open your second store or are just reading this magazine as you are planning out how you’ll one day open your first pizzeria, just go out and get it wrong already. It’s not going to be perfect. That’s okay. Prepare financially for pitfalls, but your time is precious and is worth more than money. Time wasted can’t come back; money can. Perfection is super overrated, but progress and incremental gains are heavily undervalued because they don’t give you an immediate joy reaction. Go off and get it wrong. Try new menu ideas, jump into a new social media approach, take your alcohol menu in a completely different direction. Yes, you will screw up. It’s an absolute fact that this will not go perfectly, but through that, and only through that, you will progress to places you would have never reached otherwise.

If you’re comfortable now, that’s great; know your comfort gives you no progress. Every time you get comfortable, you become stagnant. Every time we have steered off and tried something wildly different, that is when we got to something better than anything we could have ever dreamed otherwise. We’ve had more failures than hits, but the hits have always more than made up for the failures.

Netflix would reinvent their brand and fail countless times along the way. But by always betting on themselves, they surpassed Blockbuster, paid cable and now the movie studios.