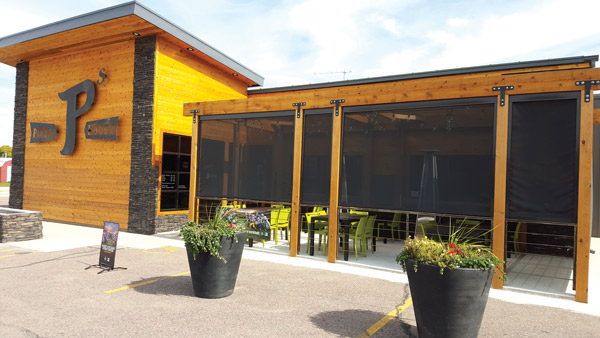 Make sure a remodel, big or small, is worth the investment 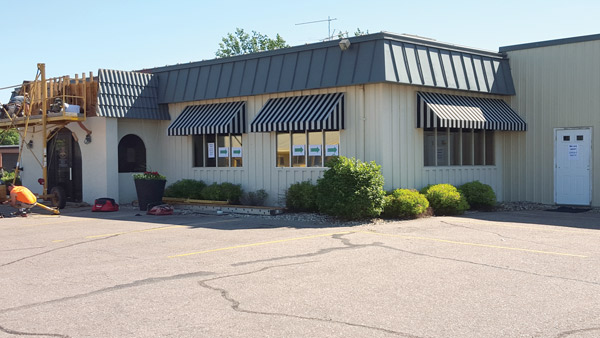 P’s Pizza House in LeMars, Iowa, before its remodeled exterior

Remodeling can be costly, and the improved look should be worth the expense. The challenge is that it is difficult to measure whether a renovation, from a coat of paint to a complete overhaul of the dining room, can help the restaurant gain or retain customers. So how does an operator know the effort will have a good return on investment?

One factor that does impact sales is the number of seats. Ian’s Pizza removed four tables and added a ledge that wraps around the perimeter of the restaurant. The net increase was 20 seats, Martin says, which almost doubled the amount of seating at the fast-casual eatery.

Another improvement was very inexpensive and resulted in better table turns. Ian’s Pizza has tables for four, but sometimes parties of four push two tables together so they can spread out. That means empty seats during a busy lunch or dinner. So Martin bolted the tables to the floor. No more rearranging, and no more waiting for a table while customers use the chairs for elbowroom.

Seating is also important in carryout locations, says Mark Sargent, creative director for King Retail Solutions in Eugene, Oregon, and Cincinnati, Ohio. “People are coming in, and they have to wait while the pizza is being prepped,” he says. “You could probably improve your customer experience by adding seating.”

Adding a few chairs is an easy fix and not expensive. A more pricy project is flooring, which Sargent says has become much more important now than it was five or 10 years ago. “So many people are looking at their phones and other devices so much, and they are looking at the floor,” he says. “Probably at the subliminal level they think, that floor was dirty or the place was dark.”

Julia Florenz, a designer with ZDS Inc. in Providence, Rhode Island, says it helps to have a variety of seating options in the dining room. “Instead of having all the seats dining height, you can also have high top, banquette, bar seating or booths,” she says. The advantage is not just visual, but practical when it comes to timing. Customers might order drinks at high tops and not stay long, while families might sit in the booths and dine more casually.

Another low cost detail in the front of the house is artwork. When ZDS worked with Coal Fire Pizza in Westerly, Rhode Island, on a recent remodel, the eatery brought in local artwork. The restaurant displays work from artists in Westerly, which is near Providence, in an effort to support the local artists from the smaller town.

Bathrooms are often at the top of any list of remodel projects. Florenz points out that bathroom remodels are not as expensive as an operator might think. “You can change the sink, update the mirrors, all those little things are small additions that really make a huge impact,” she says. “Upgrading bathrooms would definitely be something that adds a lot of value. People remember bathrooms.”

Park Street Pizza in Sugarcreek, Ohio, did a bathroom remodel in 2013. “We put a lot of love and attention into it,” says Rocky Shanower, who is co-owner with his wife Courtney. “It’s nicer than any bathroom you will see in anyone’s home.”

Shanower says the new bathroom has a modern farmhouse feel with a giant old farmhouse sink, beautiful mirrors and lights. “It’s really spectacular,” he says. “The sink alone cost more than anything we had in the old bathroom.”

People were indeed impressed. Customers started taking selfies in the bathroom and posting the photos on social media. “That says something,” Shanower says. “If the bathrooms are this great, how great is everything else?”

Park Street Pizza, which worked with Hayes Inc. Architecture and Interiors in Phoenix, Arizona, did more than remodel the bathrooms. The restaurant also has vaulted ceilings with hardwood trusses and large windows for natural light. To add to that barn-style feel, Park Street Pizza brought in locally built furniture for the tables and benches. “We are in Amish country,” Shanower says.

Sometimes it’s important to remodel the outside of the restaurant to make the place more inviting to potential customers. Last year P’s Pizza House in LeMars, Iowa, remodeled the exterior of the building and the front entrance. “Our building was built in 1973 and has had several tenants over the years,” says owner Joe Sitzmann. “Before P’s there was a Chinese joint, so we had this Chinese looking entrance with metal siding on the rest.”

“We have had an outpouring of guests compliment the improvement,” Sitzmann says. “We have had several people dine with us only because of the new look.”

When an operator decides which remodeling project to undertake, price should not be the only consideration. Instead, the decision maker should think about which problems could be helped by an update.

“What are you trying to solve?” asks Mark Sargent, creative director for King Retail Solutions, which is based in Eugene, Oregon, and recently opened a design office in Cincinnati. “What is the information you are getting from a data point or from customers?”

Diners might offer feedback about a lack of seating, or an unappealing waiting area, or the lighting that they need when they try to read the menu. A coat of paint is always a low-cost upgrade, and new art can help too. Although simple updates can make the place look more attractive, it is better to do more than one improvement. “You’re not going to get everything you need from paint or updating seating or updating lighting,” Sargent says. “It has to work harmoniously.”