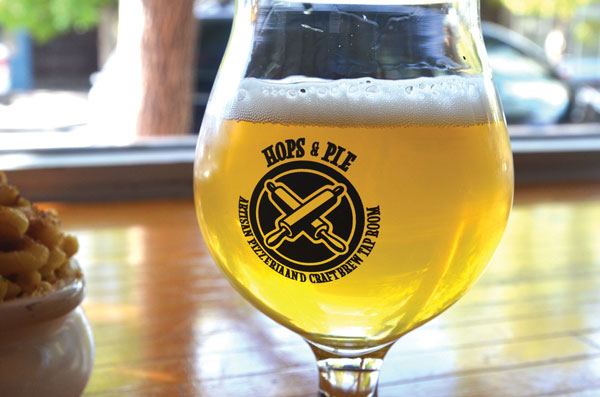 Five rules for building and maintaining a viable beer club 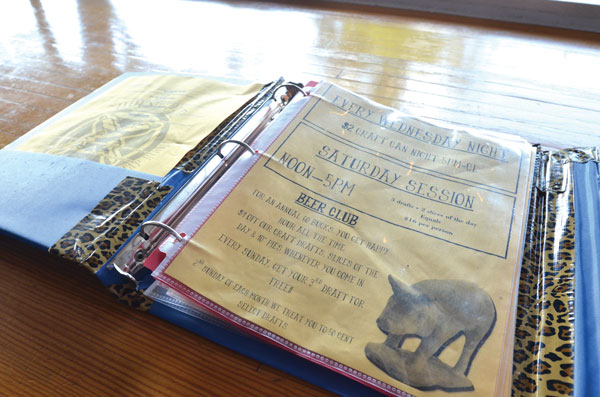 The executive beverage director at Washington, D.C.-based Pizzeria Paradiso and self-described beer geek longed to connect with other craft beer aficionados in the nation’s capital, excited to share and discuss the rising number of novel brews available in bottles and cans and on taps.

So Fernands started small. He hosted an industry night in the basement bar of Pizzeria Paradiso’s Georgetown location on a Monday night in the fall of 2013. The energy of that event, one attended by some 40 people, inspired Fernands to create a more regular gathering.

“It’s all grown organically,” Fernands says, “and every month it gets bigger.”

For pizzerias, particularly those with an ambitious craft beer component, a beer club –– programs that take on a diverse range of forms –– can engage customers and spur a pizzeria’s marketplace standing.

“We look for any way to further engage customers with our brand, and our beer club is a key way we accomplish that,” Parry’s Director of Marketing Keniey Sonley says.

At the Village Inn Pizzeria in Skokie, Illinois, a suburb on Chicago’s northern edge, General Manager Diana Rumsley began using Meetup.com in early 2015 to publicize her eatery’s upstart beer club. One year later, more than 200 members receive news of special events, such as free beer tastings and tap takeover events, which have succeeded in spotlighting the pizzeria’s ambitious, evolving beer menu and heightened its cachet with local beer enthusiasts.

“Now, more than ever, people know they can come to us for a wide range of options,” Rumsley says, adding that the club’s special tasting events even inform Village Inn’s purchasing decisions, especially regarding more avant-garde concoctions.

“Our beer club has gotten people passionate about beer in touch with what we’re doing at Pizzeria Paradiso, and these people have become our ambassadors in the community,” Fernands says.

Hosting a great beer club, however, is about more than serving cold beers. It requires planning, purpose and partnerships.

Rule No. 1: Throw an event that’s worth throwing.

“Do it right and create an event that’s worth your customers time as well as yours,” says Fernands, who overstaffs events to help ensure smooth operations.

Rule No. 2: Develop relationships with breweries and distributors.

On Black Friday 2015, for example, Parry’s hosted an event with Goose

“And we had about 35 people lined up at 9:30 a.m. on Black Friday all because we were able to offer something unique and different,” Sonley says.

At Village Inn, Rumsley insists someone from the brewery, preferably the brewmaster, attends any special event. Having an in-the-know individual present, Rumsley says, allows guests to gain intimate, first-hand knowledge.

“If you can get people from the frontlines, they know better than anyone how the beer was brewed, pairing options and so forth, and people love hearing about that,” she says.

Rule No. 4: Leverage the reach of breweries.

With craft beer’s continued marketplace surge, a number of producers enjoy significant hype and cult followings; whenever possible, Rumsley leverages that to boost the profile of Village Inn.

For example, when Village Inn hosted an event featuring Founders Brewing, the Michigan-based brewery publicized the gathering throughout its network, which increased attendance. A similar story played out with both Revolution Brewing and Half Acre, Rumsley says.

To capture the advantageous benefits of a beer club, promotion is necessary.

Each Parry’s restaurant has targets to hit each month for new Ale Yeah Club sign-ups, a move to grow its tribe, Sonley calls it. Meanwhile, Fernands and Pizzeria Paradiso staff champion their Monday Night Beer Club to any obvious beer-loving customers.

“People are excited about light-hearted gatherings with like-minded people, so why not have it be at your place?” Fernands says.

While some industry insiders expect the ballooning craft beer bubble to burst — and sooner rather than later, according to some prognosticators — craft beer sales continue to surge.