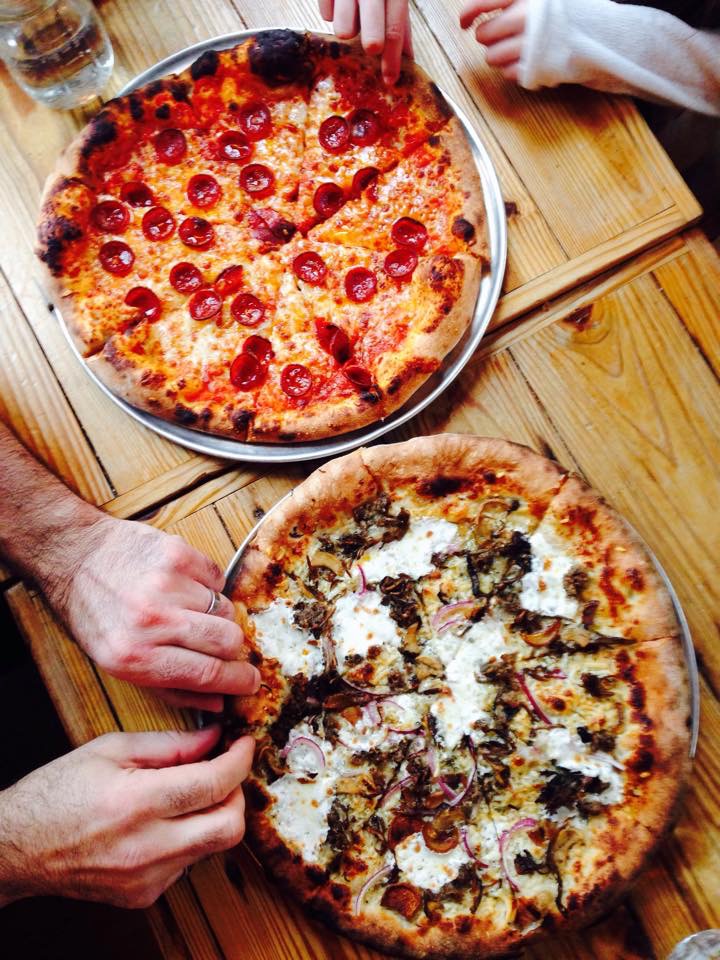 A look at pizzerias in Buffalo, New York

This small mom-and-pop pizzeria has been a family affair for 44 years. Its rectangular pies have garnered attention in the region. Leonardi’s Famous White Pizza was recently named among Buffalo News’ “10 Pizzas to Pine For.” The pizza features a house-made white sauce, cheese, onions, tomatoes and anchovies ($23.03 for a whole pie). For customers who want a bite of everything, there’s the Quattro Stagiono “Four Seasons” Pizza. The whole pie is divided into four (double cheese and double pepperoni; cheese, sausage, green peppers and onions; cheese, mushrooms and onion; and cheese, pepperoni, onion and sweet pepper — $27.53). Chicken wings and fingers, French fries and submarines make up the rest of Leonardi’s menu.

The suburban pizzeria prides itself on old-world pizza with a twist. The loaded pizza features meatballs and sausage with sweet and hot peppers, ricotta and mozzarella. The broccoli rabe pizza is topped with sausage, olive oil and roasted banana peppers. In addition to pizza, Rocco’s has an extensive menu, including wood oven roasted wings, eggplant Parmesan, beans & greens, rapini and sausage, meatballs in tomato sauce, Caesar and Caprese salads, and steak and chicken sandwiches.

The bakery & café just outside of Buffalo has made a name for itself in the Western New York pizza scene. The bakery is meticulous about its dough, whether it be for Elm Street’s artisan breads, pastries and desserts or its wood-fired pizza. The small, artisan pizza menu features a mushroom and fennel sausage pizza with garlic oil, fresh mozzarella, red onion and chili honey ($18). The Leek and Bacon pizza is topped with garlic cream, house-made ricotta, Parmesan and Calabrian chili. Elm Street also introduces special pizzas, like the wood-roasted Brussels Sprout and Bacon pizza.