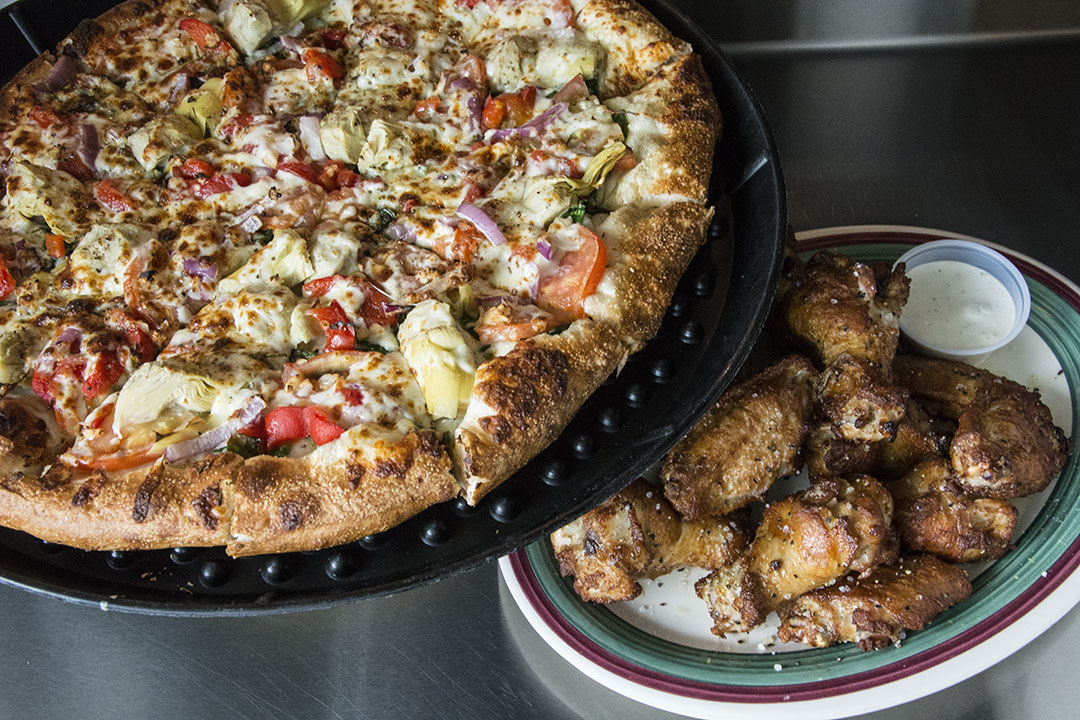 It’s not even 3 p.m. in suburban Corpus Christi, Texas, and already the regulars at B & J’s Pizza Restaurant have packed the restaurant’s small bar. Owner Jack Baker stops to greet an old friend and the rest of the bar patrons circle him warmly. Son Chris looks on and says proudly: “That’s somewhat of a motto here for us –– ‘You’re only a customer once. After that you’re family.’”

When we finally sit down, it becomes clear why B & J’s has earned itself a well-deserved spot on Pizza Today’s Hot 100 Independents list. Weighing in at No. 95 with nearly $2.5 million in sales, that’s a lot of brand loyalty for a company with two locations.

Jack Baker and his wife, Kathy, moved the family from Pennsylvania to Corpus Christi in 1980 after Jack was transferred with GE. He purchased an oddly paired computer store and existing pizzeria in 1987 as a “part-time thing” for his wife. “I knew how to eat pizza and I knew what I liked, but I’d never made a pizza before,” Jack recalls, adding that they made under $90,000 the first year. Still, by 1990 they had expanded their original location, nearly tripling the restaurant’s size.

“We knew this company was going to make it or break it on our backs,” Chris adds.

It took more than 15 years for B & J’s to expand with a second unit. That store hung on for four years on the outskirts of town, but sales never grew, despite the fact that Jack lived in the area and knew the local residents. The company moved in closer for a newly constructed third store in May 2008, an idea that proved to be lucrative because they got in on the ground floor of the local area.

“Other than the growth — we ran out of room — we’ve changed very little,” Jack says. “When I started, they had canned green peppers and mushrooms and everything was as easy as they could do. I immediately said ‘I don’t like that.’ So, we started cutting our own mushrooms. I started being a little ‘Benihana.’ I got pretty good at chopping.”

“We still do cut everything by hand,” Chris says. “We make our own dough from scratch every morning here. We make our own sauce. We have three different types of cheese that we blend.”

Among the top sellers is the “Jack’s Special” ($17.78 for a 14-inch), which features pepperoni, Italian sausage, onion and double extra garlic. Jack, a big fan of the tiny, tasty bulb, says he has pretty much perfected the ways to use garlic. “I didn’t want grated or garlic powder,” he says. “I wanted a real clove of garlic that’s chopped up right there and put on your pizza.”

Also on the menu are small salads, a handful of appetizers, signature subs and pizzas.

Among the top sellers are chicken wings ($6.47 for a half-dozen and $12.24 for a dozen). There are several different styles, but customers seem to gobble up the sea salt and cracked black pepper wings that are simply tossed with olive oil. They’re baked, not fried, reducing greasiness and providing just the right amount of crisp. Wings are so popular that the company goes through an impressive 32 cases of them a week.

Part of what makes B & J’s so successful is the restaurant’s enviable beer program. Not only do they brew their own, but they also have a wall of cooler cases filled with craft beers from all around the world. Now, beer and wine accounts for up to 25 percent of the company’s sales.

“We’ve kind of been the spearhead in the state of Texas for imported and specialty craft beer,” Chris says. Product distribution (as well as some parts for their brewing system) is sometimes difficult in Corpus Christi, and the Bakers have traveled to Dallas and Austin to source some of their beer offerings. They lobbied with both state and local officials to add a brew pub component to B & J’s, and the beer business took off spectacularly under brewmaster Kyle Hotz.

“Once I get people here, I had to have another reason to get them to come,” Jack says. Thus, B & J’s loyalty  beer program was built with just 100 or so members. Today, the “Import Beer Club” boasts 20,000 members from all around the world. The top member has nearly 5,000 brands to his name. Among the awards drinkers can win are hats, t-shirts and mugs, but when a customer hits the 1,000-beer mark, B & J’s will brew a small keg of his or her own signature beer.

Surprisingly, the company’s beer cases are on an honor system. “You really can do that,” Jack says. “We trust our customers, and then it’s worth the trust. I don’t know which comes first.”

Although B & J’s has been slow to grow in terms of units, the Bakers don’t seem to be slowing down. Still, they’re not frantically searching to add stores. They’re hoping to open another brew pub pizzeria — but not at the risk of losing that personal touch. “By far, the No. 1 thing is that relationship with the customer,” Jack says.

Adds Chris: “It’s a place we come to to be with our friends.”