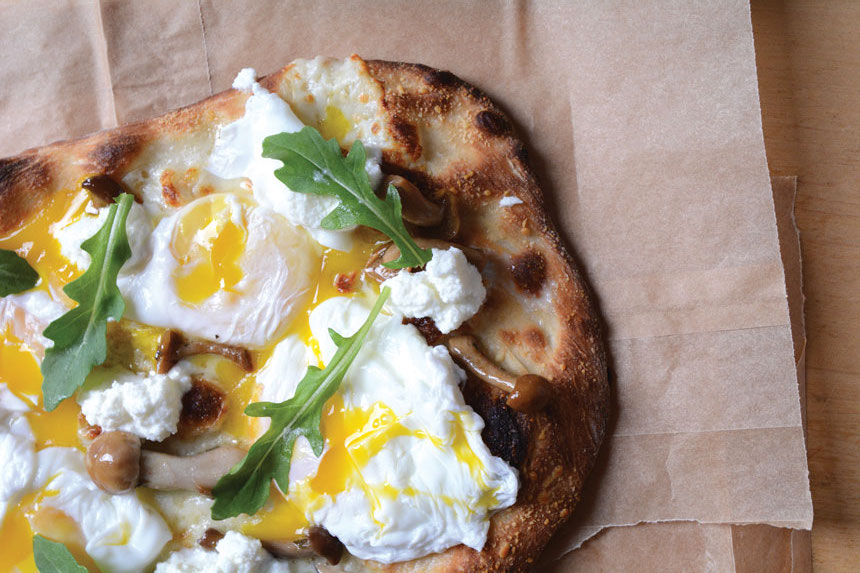 Last month, through trial and error — we were able to successfully cook eggs directly on a pizza in the Pizza Today Test Kitchen. It was a feat and the challenge of it triggered a quest to find out more about eggs as a pizza topping.

The nutrient-dense protein is popping up on pizza menus across the country, from the small mom and pops to upscale artisan restaurants, and with good reason. In America, we love eggs. In fact, the U.S. consumption was estimated at 278.8 eggs per person in 2018, according to the American Egg Board. That’s a lot of eggs.

In pizza’s long history, egg as a topping is a relatively new choice. It turns out the origin has been challenging to track down. Around the world, egg on pizza is a mainstay ingredient rather than a delicacy. Let’s explore a few ways eggs are being used on pizza:

Americans’ acceptance of unique pizza toppings likely traces back to the introduction of the California-style pizza in the early 1980s. The idea of putting chicken, egg, avocado or goat cheese on a pizza became hip and hasn’t wavered.

There are dozens of ways to cook an egg. We’re going to focus three methods that can be duplicated in any pizza kitchen. They are:

I reached out to Peter Reinhart, chef and baking instructor at Johnson & Wales University and co-founder of PizzaQuest.com, about our egg pizza quest. The first time he says he encountered eggs on a pizza was about 15 years ago at Roberta’s in Brooklyn, New York.

We asked Reinhart for tips on the three methods. “None of these methods are very complicated,” he says. “Scrambled are easy because they can be added like any other topping ingredient, prior to the bake (the cheese and sauce protects it); cracked, uncooked eggs can usually go on at about the halfway point (though the timing
depends on the type of pizza and oven temp, but a few test bakes should determine the ideal moment of application); sous vide or prebaked eggs are already at the ideal stage so they need to go on top only for the final 30 to 60 seconds, so as to heat but not overcook the yolks. If you have the ability and wherewithal to sous vide the eggs then the final application on top of the pizza is the easy part.”

Reinhart offers a few more helpful tips for a perfect egg on pizza. “I like to gently pre-crack the egg into a cup or bowl so that it’s ready to apply without trying to crack the egg directly over the pizza,” he says. “It also minimizes the possibility of breaking the yolk. The key is to have a runny yolk but fully cooked white. Doming the pizza for a few seconds may be necessary depending, again, on the oven temp. If using scrambled eggs, you can also mix them with some savory sauce, like sriracha or harissa to enhance their flavor.”

Once you figure out how you are going to cook eggs, include egg as an add-on item to your protein list. Depending on your market, you may charge $2 to upwards of $5. If you go through the effort to source organic, free-range, local eggs from a nearby farm, let your customers know that. If egg as a pizza topping is new to your clientele, you may need to specify cooking method. If they are thinking scrambled and the pizza arrives with an egg sunny-side up, it may lead to pies being sent back to the kitchen.

With so many ways to prepare eggs and use across a menu, the egg is an ideal ingredient to test new methods in your kitchen. 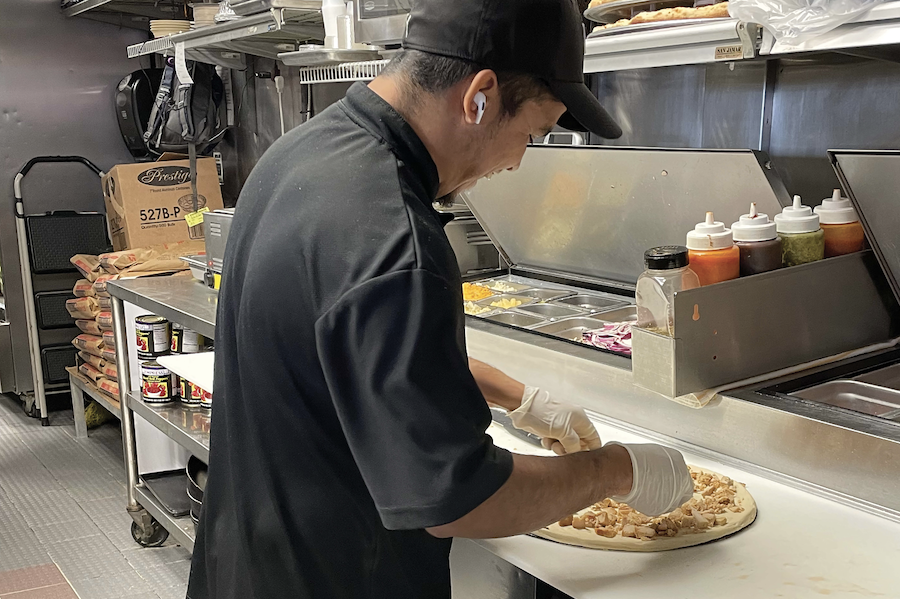